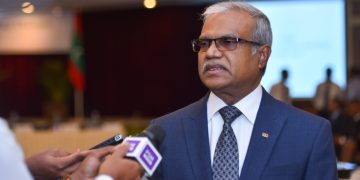 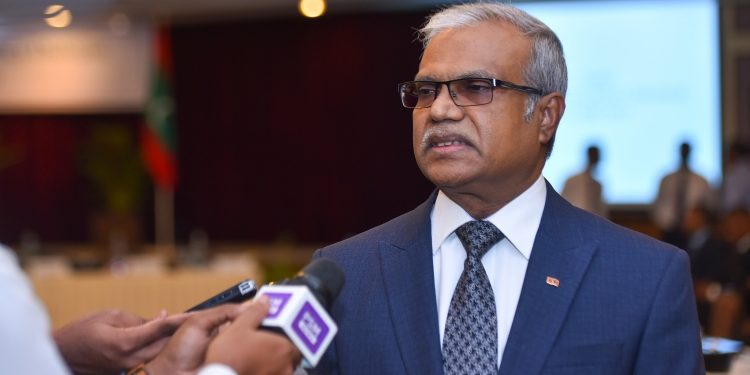 Male, January 11 (Avas): Maldives President Abdulla Yameen on Wednesday dispatched his top diplomat Foreign Minister Dr.Mohammed Asim to India, in what is seen as a bid to mend strained ties with the neighboring South Asian giant.

Asim is expected to meet with Indian Prime Minister Narendra Modi and his Indian counterpart Sushma Swaraj during his visit.

Maldives’ relations with its once close neighbors has deteriorated since president Yameen took office in 2013.

New Delhi has been particularly aggrieved by Maldives rushing through a free trade agreement with its fierce rivals China last month.

India has expressed concerns that the FTA will further increase the deficit and push Maldives towards a debt trap like Sri Lanka — an issue that has alarmed Delhi amid apprehensions of neighbourhood plunging into economic crisis in future.

The agreement came in the backdrop of Yameen’s visit to Beijing in December. This will be a reciprocal visit after the first-ever visit by Chinese president Xi Jinping to Maldives in September 2014. The significance of the development is further accentuated by the fact that Maldives is the only country in the neighbourhood which has not been visited by Modi after he cancelled a proposed trip in March 2015 due to the turbulent political situation.

To further rub salt in the wound, on the sidelines of the FTA agreement, president Yameen also pledged support for China’s 21st century Maritime Silk Road (MSR), which India has already expressed concerns over, especially because of its implications in the region.

India has also been apprehensive about reports that Beijing could establish a military base in the Maldives. However, both China and Male have refuted these reports and said New Delhi’s fears were groundless.

The Maldives-China FTA is expected to exempt over 95 percent of bilateral trade flows from tariffs while enhancing cooperation in areas including finance, medicine, tourism, and fishing.

Both New Delhi and Male have quickly down played the growing Chinese presence in the Maldives insisting that the historical relations remain as strong as ever. President Yameen recently reiterated that India would always be Maldives’ “closest ally” and top officials of his government had claimed that Maldives remain open to a FTA with India.