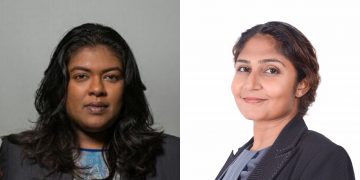 Shujune, who resigned from the civil court in 2014, was among the first two female judges appointed to the bench in 2007. Dr Azmiralda was the most senior female judge in the country until her resignation from the High Court in May 2016.

President Solih’s nomination of the pair last month sparked a backlash from religious scholars who contended that Islam prohibits women from serving as judges.

Clerics condemned the move on Twitter and some shared an opinion issued by the fatwa council, in which the advisory body backed the view that women cannot pass judgment on criminal matters or property disputes. There was a consensus among scholars of all sects of Islam that judges must be male, they said. Some scholars from the Hanafi sect say women can adjudicate civil matters and family disputes but most scholars do not agree with any exceptions, the council noted.

The religious conservative Adhaalath Party, which is part of the MDP-led ruling coalition, backed the council’s opinion but acknowledged the lack of consensus on the question. The party called for respect of differing opinions on disputed matters and appealed against branding people as disbelievers or apostates. A person who endorses an incorrect opinion should not be considered a sinner, it added.

Tuesday’s confirmation vote came after parliament’s judiciary committee evaluated the nominees, both of whom were sent for approval after endorsement from the Judicial Service Commission.

During the final debate, MDP MPs reiterated the ruling party’s stance that the appointments would be an important step towards empowering women and achieving gender equality. Opposition lawmakers also backed the appointment of women to the bench and Independent MP Ahmed Usham commended the nominees as qualified and capable individuals.

The former judges were nominated after parliament amended the Judicature Act to increase the size of the Supreme Court bench from five to seven justices.