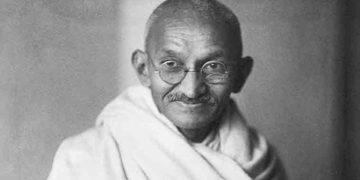 "Black, Asian and other ethnic minority communities have made a profound contribution to the shared history of the United Kingdom, said Rishi Sunak, Britain’s Chancellor of the Exchequer London, July 1 (Sunday Telegraph): Mahatma Gandhi is set to be the first non-white person to feature on British money, the Telegraph can reveal. The Royal Mint Advisory Committee is working to create a coin featuring the anti-colonial campaigner, who led the protest against British rule in India.

It comes as Rishi Sunak, the Chancellor, on Saturday threw his support behind a campaign for BAME figures to feature on coins, saying their contribution to Britain should be recognized.

In a letter to former Conservative candidate Zehra Zaidi, who is leading the “We Too Built Britain” campaign which has called for ethnic minority people to feature on currency, Mr Sunak said: “Black, Asian and other ethnic minority communities have made a profound contribution to the shared history of the United Kingdom.

“For generations, ethnic minority groups have fought and died for this country we have built together; taught our children, nursed the sick, cared for the elderly; and through their enterprising spirit have started some of our most exciting and dynamic businesses, creating jobs and driving growth.”

The Telegraph revealed last week that Mr Sunak was looking at proposals from the campaign, which is supported by a host of historians and MPs.

The Royal Mint Advisory Committee is an independent committee made up of experts who recommend themes and designs of coins to the Chancellor, in his role as Master of the Mint.

Mr Sunak said: “I am writing today to the chair of the Royal Mint Advisory Committee, Lord Waldegrave…asking the RMAC sub-committee on themes to consider recognising the contributions of Black, Asian, and other ethnic minority individuals – not just to our history, but to our present and future as well”.

Ms Zaidi said: “We welcome the Chancellor’s support of our three year campaign on legal tender and for a set of coins on ‘Service to the Nation’. We are ready and keen to work with HM Treasury and Royal Mint officials to ensure the process is as inclusive as possible. Let’s use this set of coins to celebrate the best of Britain.”

Last week, the We Too Built Britain campaign wrote to the Chancellor with some proposed historic figures, including the first Indian and Gurkha soldiers to receive the Victoria Cross, the Jamaican-British nurse Mary Seacole, and the British Muslim woman Noor Inayat Khan, one of only four women to receive the George Cross.

It is understood they too could feature on British money after Gandhi, as the Chancellor is interested in recognising the contributions of BAME Britons on coins.

Ms Zaidi was behind a campaign two years ago to get the Bank of England to select a person of colour for the £20 note, proposing Mary Seacole or Noor Inayat Khan. However, WW2 codebreaker Alan Turing was chosen instead.