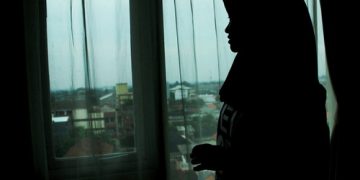 Legalized gender equality a must for happiness in Lankan Muslim families

Legalized gender equality a must for happiness in Lankan Muslim families As a Sri Lankan Muslim woman working on women’s rights issues, this is unfortunately a question that my sisters and I ask ourselves almost everyday.

More so in light of  information surfacing about drastically contradictory viewpoints on key issues amongst members of the 2009 government appointed Committee, which was set up to recommend reforms to the 1951 Muslim Marriage and Divorce Act (MMDA).

The debates surrounding the MMDA in Sri Lanka – similar to the debates around issues involving Muslim women globally – have become, to put in simple words – a gender war.

The division between men and women on opposing sides of the debates is becoming more and more distinct. Muslim women have been at helm of advocacy and activism for MMDA reforms for decades, amidst everyday allegations of ‘feminist, western, Zionist, anti-marriage, anti-Muslim and anti-Islam agendas’ and despite repeated risk, threat and intimidation faced by women from members of the same community.

The number of supportive Muslim men who truly believe in equality of men and women and are willing to articulate and advocate for it – we can literally count on our fingers.

The split of opinions within the 2009 Committee is no surprise, as indicated last year with ACJU’s alternate report. It is well documented that the biggest opposition for progressive MMDA reforms has been from Muslim men who are considered religious and community leaders and who supposedly hold the ‘best interest of the Muslim community at heart’.

However it is the limited reaction  from some and absolute silence from other ordinary Muslim men, whom we hoped are more in touch with everyday realities, that has been more appalling.

So what is it? What is so wrong about Muslim women asking for a law that will guarantee rights for both husbands and wives and promotes a marriage based on mawaddah wa rahmah (love and compassion), rather than harm and fear?

What is so impossible about a law that will guarantee legally, that Muslim children get the same protection of their rights as the rest of their non-Muslim peers? That having the minimum age of marriage as 18 means children have more opportunity for education and skill development so they have more options in life and are able to pursue them if they choose to do so? Will this hurt or help the Muslim community if our children have more time and chance to develop their potential?

What is so satanic about Muslim women upholding their belief in a humane religion of Islam and demanding for a MMDA which will limit the possibilities of discrimination and injustice against women and instead safeguard marriages?

What is so WRONG with this?

Wouldn’t it be beneficial for marriages, families and our community as a whole, if the rights of women were protected and guaranteed under a law, rather than allowing for legal loopholes where Muslim women can be left vulnerable and hurt?

Do we want a family law that will actually uphold the values of a ‘family’ or do we want a law that is more likely to break up families? Where bad men can marry young and marry many and divorce at their own will, with little to no repercussions or responsibilities?

Do Muslim men actually think it is a privilege for them to be able to have these so-called ‘God-given’ rights over women under the MMDA?

Is the right to legally hurt and harm a life-partner a privilege?

Logically, why would any Muslim woman want to marry a Muslim man who has to right to take another wife without her decision, consultation or consent, who is able to give their daughters in marriage before 18 or who is able to divorce her at any time, without any reason?

Logically, why would we give up our God-given rights as an individual and complete human being for marriage to a man who can harm us under a law that is supposedly in the name of religion.

We hear this time and again that the advent of Islam granted women revolutionary and unparalleled rights – so what happened to this progress? With the spirit of equality that Islam brought to women over 1400 years ago – shouldn’t Muslims actually be leading the charge and be the staunchest advocates of gender equality in the current day?

But instead, we’re still debating archaic laws that limit and restrict the rights of Muslim women, while the rest of the world forges ahead in human progress.

Why are all those who are advocating for rights of Muslims in Sri Lanka – not supportive of MMDA reforms that embodies this spirit of gender equality?

What we need is a Muslim family law that is an example of kindness, empathy and justice – one that is seeking to strengthen the family by protecting the rights of spouses. One that truly reflects the currently realities of Muslim families and enables children to grow in a safe and loving environment where both their parents feel they are valued and are equal in the family.

For anyone who has the best interest of our community at heart – supporting a family law based on equality for Muslim men and women should be the start of the efforts towards equality for the Muslim community.

To believe in equal rights for Muslims and demonize the efforts of Muslim women in achieving equality – is hypocrisy of the highest order.

So the time has come for Sri Lankan Muslim men to decide on whether to support equality for Muslim women or to allow injustices to continue in the name of religious and minority rights.

There is no middle ground, or ‘compromise’ to be made here. Men who are not supporting positive and progressive reforms to the MMDA, are clearly not on the side of justice and equality for all Muslims because you cannot have one without the other.

So, what will Sri Lankan Muslim men choose to do?