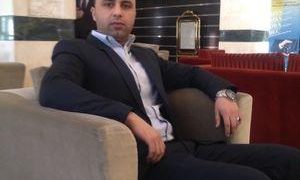 The unknown men, driving a Helix pick up, had stopped Sarir at gunpoint at around 9:00 pm, and took his vehicle, laptop and cell phones after beating him and wounding him in the face.

The incident occurred in Khwaja Bughra area of Kabul City when Sarir was on way to home from office. The area which is in the 15th Police District is only 3.5 kilometers away from Ministry of Interior.

Sarir sustained head injuries in the attack. Fortunately, he is in stable condition.

“I was on my way to home when three gunmen stopped me. They hit me with gun buts. They told my brother that they would kill him if he resisted or informed the police,” Sarir said.

Police has launched investigation into the attack. However, it is not the first time that had come under attack. He was repeatedly threatened by different groups with dire consequences. Five months ago, unknown people tried to abduct him in the fourth police district.When a police vehicle appeared on the scene the kidnappers fled.

Sarir had repeatedly requested the law enforcement agencies for security as this year different militant groups had issued death threats to him.

Condemning the incident, journalists urged the government to pursue the case seriously and arrest the culprits. They also asked the relevant authorities to provide security to independent media organizations.

This year in January, a suicide bomber, riding an explosive-filled car, targeted a mini-bus of TOLO TV in the capital city, Kabul. At least eight people were killed and 28 others injured.