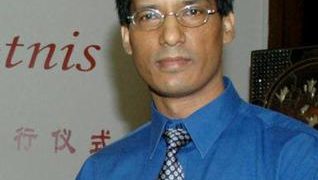 According to the Minister of External Affairs, Ms. Sushma Swaraj, the BRICS summit in Goa on October 15 and16 will focus on building responsive, inclusive and collective solutions for the group. India’s topmost priority perhaps would be to sell Prime Minister Narendra Modi’s ‘Make in India’ drive to the investors from these countries, especially China that has shown great interest in the Indian markets be it the energy sector, infrastructure building, industrial parks or the real estate sector.

In the run-up to the Summit, BRICS Trade Fair will be held between 12 and 14 October in Delhi with the theme ‘Building BRICS – Innovation for Collaboration’ would be significant where technologies addressing the development challenges across BRICS nations are believed to be showcased.

Even though the grouping has been there for quite some time, intra-BRICS trade has remained abysmal. In 2015, the intra trade was just $240 billion, much lower than the $500 billion target set for the same year in 2012. If the BRICS countries wish to capitalize on opportunities in sectors like infrastructure, energy, mining, healthcare and pharmaceutical and information and communication technology, I believe BRICS countries need to integrate their national development strategies.

For example, can China’s‘Belt and Road’ initiative, India’s ‘Make in India’ and projects like ‘Sagarmala’ and ‘Bharatmala’ and Russia’s Eurasian Economic Union be docked together with similar initiatives from Brazil and South Africa?

If the national development agenda of the respective countries could be integrated by way of a number of consultative mechanisms, intra trade could be doubled, even quadrupled, in a very short span of time, if not it will be difficult for the BRICS to walk the talk.

Since India has also invited the Bay of Bengal Initiative for Multi-Sectoral Technical and Economic Cooperation (BIMSTEC) countries to the summit, the docking of BRICS developmental agenda could result in better dividends. In the same vein, since the emerging economies will rely on energy consumption to drive their economic growth for a long time to come, cooperation in the energy sector has to be one of the mainstays to push forward intra BRICS trade. Cooperation is vital for India’s development, for over 20% of the India’s population still remains without electricity.

Another issue that India has attached importance to, is the issue of counter terrorism. India has been highlighting time and again the segmented approach some countries have adopted towards this issue. In this context the sixth meeting of National Security Advisors (NSAs) of BRICS held in New Delhi on 15 September is significant.

The NSAs vowed to cooperate to deny terrorists access to finance and weapons. They also decided to exchange best practices, expertise, information and knowledge on counter-terrorism issues. Russia even proposed to set up a BRICS database containing details of all foreign terrorists operating in their regions.

However, as China extended the technical hold on India’s move to ban the Jaish-e-Mohammad (JeM) chief Masood Azhar at the United Nations (UN) for the second time on 1 October, demonstrates, cooperation on the issue, especially on cross border terrorism is hard to come about. Terrorism alone should not jeopardize the overall direction of the bilateral or multilateral relationship. However, a segmented approach on the issue has certainly soured the bilateral relationship of some in the grouping.

The people to people exchange between BRICS countries is yet another issue that has been highlighted by way of holding the BRICS Youth Summit. India remains one of the most youthful countries in the world with over 800 million of its people under the age of 35. It is projected that by 2030, India would turn into a manufacturing powerhouse, as about 250 million young people will join the workforce. The question however remains: Can India reap the population dividend without building capacities in vocational education and entrepreneurship? Here again, perhaps India could learn from China’s developmental experience, especially the skills development programs it initiated for manufacturing on a massive scale.

Therefore, a better interaction among the youth from BRICS, through education, sports and tourism needs to be initiated. One major step in this direction could be a BRICS Youth Scholarship program at various levels.

Finally, ever since its inception, the BRICS countries, especially China and India, have remained as the engines of world economic growth. BRICS countries have been contributing over 50% to the world economy and half of it comes from China. This is significant when world economic growth has been pegged at just over 2% and the economic recovery in most of the Western countries is weak. It is in this context that BRICS has been asking for greater representation in global governance structures on the one hand and establishing their own governance mechanisms such as BRICS New Development Bank (NDB) and the Asia Infrastructure Investment Bank (AIIB), on the other.

G20, where all BRICS countries are members, has been regarded as an important platform for strengthening cooperation. The institution of BRICS is increasingly serving as a model for furthering South–South cooperation. At the same time, since the global recovery remains weak, and emerging economies facing slowdown, this has resulted in protectionist tendencies not only within BRICS but more so in the external economic environment. In addition the complexities in bilateral relations and trust deficits also pose challenges to BRICS.

Professor B.R. Deepak was trained in Chinese history and IndiaChina relations at the Peking University and Chinese Academy of Social Sciences, Beijing, at Jawaharlal Nehru University, New Delhi and University of Edinburgh, UK. This article appeared as a comment in the website of South Asia Democratic Forum