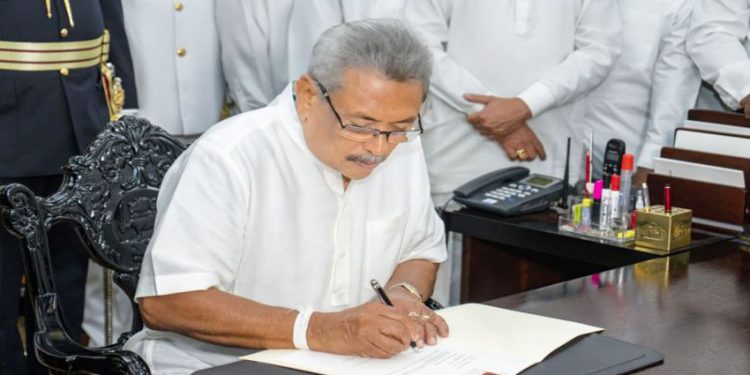 Colombo, April 15 (newsin.asia): Sri Lankan President Gotabaya Rajapaksa on Wednesday explored the possibility of an immediate resumption of day-to-day economic activities at the provincial level to sustain the national economy.

Several representatives of the health sector including all Provincial Directors of Health briefed the President on the current situation in the country.

The provincial health authorities said that the measures taken by the government to combat the coronavirus have been effective compared to the rest of the world.

President instructed the Provincial Directors of Health to make necessary recommendations required to maintain normal activities in the industrial, agricultural and business sectors through the Director General of Health.

One of the main objectives is to pay a special attention to the livelihood of daily wage workers.

However, decisions to relax current restrictions will be taken only after consideration of the health situation at each provincial level.
Individuals who are infected with Corona virus at each province, people they have associated with and the current quarantine process were some of the topics discussed.

Attention was also paid to the system of identifying infected people on daily basis.

The President also inquired about the present conditions at quarantine centers and the changes needed to be made.