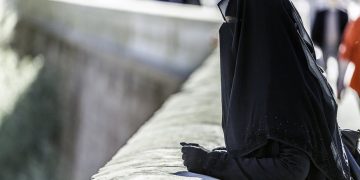 Though the measure is unlikely to meet any resistance from the Muslims, given the security situation, there is a feeling among Muslim leaders that an advice not to wear the face veil from the All Ceylon Jamiyathul Ulema (ACJU) would have been more acceptable.

The President’s decision follows the suicide bomb attacks staged by Islamic State affiliates on three posh hotels in Colombo and three churches in the capital and two other towns on April 21 which led to the death of 253 people including  40 foreign nationals.

However, the President’s decision came as a surprise to people who were discussing the issue of the face veil with government  Minister Thalatha Athukorala and the All Ceylon Jamiyathul Ulema (ACJU) in the last couple of days.

The issue of the niqab (or burqa as it is called in Sri Lanka) came to the fore five days ago when a Member of Parliament Prof. Ashu Marasinghe moved a Private Members’s Bill outlawing the face veil as it hinders identification.

Meanwhile, in view of the security situation in the country, the  All Ceylon Jamiyathul Ulema (ACJU) issued a press release  saying that  it is requesting Muslim  women to remove the face veil when necessary. It did not say that Muslim should not wear the face veil.

Later on Sunday, at  a meeting of all religious heads to sort out inter-faith matters in the context of the terrorist attacks, a Buddhist monk asked for a ban on the face veil. But the Catholic leader, Cardinal Malcolm Ranjith, said that asking for a ban would be improper. It is not right to dictate to Muslims on what practices they should follow. They know what their religion says.  The Cardinal wanted the meeting to come to a workable solution based on consensus, which will take into account the needs of national security which had been very badly breached on Apri l 21.

The Muslim representatives backed the Cardinal as did Minister Thalatha Athukorala who represented the government. She categorically  stated that she would go by the decision of the ACJU.

And the meeting decided to appeal to Muslim women not to wear the niqab (face veil). It was not a diktat but an advice.

After the meeting ended successfully, came a press release from Prime Minister Ranil Wickremesinghe saying that he is not opposing a ban on the face veil. He said that the government is discussing the issue with the ACJU to make a suitable law on the ban.

This came as a surprise to the Muslim Council of Sri Lanka (MCSL)  leader Hilmy Ahamad.

“The Prime Minister’s statement has created confusion. Perhaps he was misinformed about the decision taken at the meeting of religious heads. It was clearly agreed that the ACJU will issue an advice to Muslim women to remove the veil, not to wear it. A ban was ruled out, ”  Ahamad said.

“I had asked for two weeks’ time to get the message across to all Muslim women in the country. But the ACJU said that it could do with just one week.”

A few years ago, the militant Buddhist group, the Bodu Bala Sena (BBS) had agitated for a ban on the burqa and abhaya, the black gown worn by Muslim women influenced by Arabic culture imbibed through contacts with Saudi Arabia over the past 20 years.

Following the high decibel demand of the BBS, the Muslim Council of Sri Lanka appealed to Muslim women to abandon the black robe and black head cover, and opt for colorful gowns and head scarves. The MCSL even arranged for a system of exchanging black ones for colorful ones. But the project fizzled out when pressure from the BBS waned.

This time, however, it is different. It is the State which is wanting a ban and the Muslims have no option but to go along.

Given the magnitude of the Islamic State’s attacks on Easter Sunday, and the fears that these have generated in the general population through all classes and religions, resistance to the ban is expected to be extremely weak, if there is any resistence at all.

This will be so especially because the ACJU is not insisting that Muslim women should cover their faces.

However, many Lankan Muslim women who were the niqab say that it protects them from unwanted stares and needless conversations with strangers on the street or in offices.