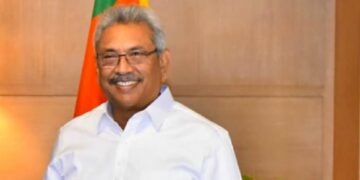 The first City University is planned to be established in the next few weeks, in Pinnawala area in Kegalle District. City Universities will be established covering all districts with the aim of producing talented graduates equipped with cutting edge technology, targeting the job market.

80% of those who qualify for tertiary education at the General Certificate of Education (GCE) Advanced Level do not get an opportunity to enter universities. Only those who are financially blessed will have the privilege to pursue their further studies at private institutes at home or abroad. The President expects to offer, through the City University program, a degree compatible with the job market to talented and capable students who have passed the Advanced Level and yet lack the financial support they need.

The program specializes in formulating degree courses based on a curriculum specific to each district as well as local and global job markets. Dr. Seetha Arambepola, State Minister of Skills Development, Vocational Education, Research and Innovation noted that a citizen empowered with knowledge and professionalism will leave the university. Namal Rajapaksa, Minister of Youth & Sports and State Minister of Digital Technology and Enterprise Development, revealed that youth unemployment fell as low as 4% in 2014 but has risen to 16% by 2019.

Minister Namal Rajapaksa pointed out that youth unemployment could rise to 30% due to the current global situation and that a talented youth should be created through such degree programs. The young generation will be moving towards modernity with the latest technology.

Education Minister Prof. G.L. Peiris pointed out that the aspiration of a graduate is to obtain a good job, but it has become today’s responsibility to rectify certain degree courses that are incompatible with any employment opportunity.

Many graduates seek government employment. However, the President said that the responsibility of a government should not be to provide jobs but to create a comprehensive economic environment that enables creation of jobs.

The President said that his objective is to create a person who can directly contribute to the economy or who possesses the knowledge to engage in self-employment at the end of the degree course.

The President stated that those who protest against educational reforms should come up with proposals for a modern education system dropping political motives.