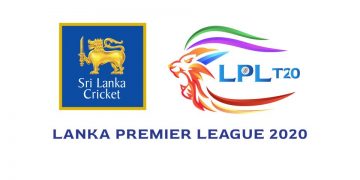 Colombo, October 23 (newsin.asia) – Colombo will take on Galle in the opening match of the Lanka Premier League at the Mahinda Rajapaksa International Cricket Stadium in Hambantota on November 21.

The match will start at 7.30 pm after the opening ceremony which is scheduled to be held from 3.30 pm onwards. Every day will see Double Headers till the semi-finals on December 10 and 11, 2020.