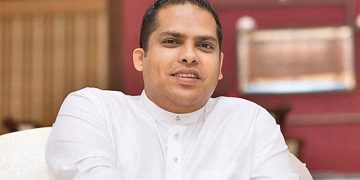 On Tuesday, Fernando tweeted: “ No truth to reports that India influenced Sri Lankan players not to play in Pakistan. Some decided not to play purely based on the 2009 incident. Respecting their decision, we picked players who were willing to travel. We have a full strength team and we hope to beat Pakistan in Pakistan.”

In a press release issued on Monday, Sri Lanka Cricket (SLC) said that it had a meeting with the players in the initial list on Sunday to inform them about the security arrangements during the tour of Pakistan and also to find out their decision to take part in the tour or not, before the selectors sit for the selection of squads for the ODI and the T20i series between September 27 and October 9.

Former Sri Lanka Air Force Commander, Marshal Air Roshan Goonetileke, who is the Chief Security Advisor of the SLC, briefed the players about the security situation in Pakistan and the security arrangements Pakistan Cricket Board (PCB) plans on implementing during Sri Lanka team’s tour of that country.

Following the meeting with the players, the National Selectors, selected a T20I and ODI squad to tour Pakistan, and the respective squads will be sent to the approval of the Minister of Telecommunication, Foreign Employment and Sports Honorable Harin Fernando in due course, the SLC release said.

On September 10, Pakistan’s Science and Technology Minister Fawad Hussain Chaudhry  had charged in a tweet that India had threatened the players from the island nation against participating in the upcoming series.

“Informed sports commentators told me that India threatened SL players that they will be ousted from IPL if they don’t refuse Pak visit, this is really cheap tactic, jingoism from sports to space is something we must condemn, really cheap on the part of Indian sports authorities,” Chaudhry tweted.