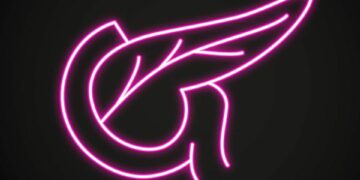 The pancreas is located in the abdomen. GETTY

April 29 (Healthing) – We’ve all done it. You jump onto Google and type in of the aches and pains you’ve been having, only to get a list of 50 scary possible diseases. And while the odds are usually in your favour that you don’t have the worst of them, sometimes vague symptoms of difficult to detect illnesses can in fact be worth following up on. Pancreatic cancer is one of those diseases — it’s not only hard to detect, but also has a low survival rate.

The pancreas is a smaller organ wedged between the lower part of the stomach, liver and gall bladder and sits above the intestines. Unless removed, everyone has a pancreas, and it plays an important role in producing enzymes that help with digestion and regulating the body’s blood sugar levels.

Pancreatic cancer usually begins in the tissue of the organ, attacking the cells in the ducts that carry the digestive enzymes out of the pancreas. Because it has a wide range of vague symptoms, it’s often overlooked until the cancer has spread to other parts of the body.

In the early stages of pancreatic there are often no symptoms at all. As the cancer grows, some symptoms may appear, but those symptoms can come and go, may overlap with several other conditions and can vary from person to person making diagnosis quite difficult.

It’s worth noting that these symptoms are wide ranging and can be also linked to a number of other conditions, from gallstones to hepatitis —even more reason to have them checked by a doctor.

Because the symptoms are so vague, it may take several trips to the doctor for tests before receiving a definitive diagnosis. Blood tests, an ultrasound of the abdomen, a CT scan, an MRI, a PET-CT scan and a biopsy are all commonly performed to get a proper diagnosis. ERCPs (a kind of x-ray) and MRCPs (a kind of MRI) may also be performed along with, in rare cases, a laparoscopy or ‘keyhole surgery’ to determine if the cancer can be removed by surgery. These tests help determine whether you have cancer, and how to approach treatment if you do.

Smoking, alcohol consumption and diet are all modifiable risk factors that are all linked to an increased likelihood in developing pancreatic cancer. Smokers, for example, are two to three times more at risk than non-smokers.

Prognosis depends on many different factors when it comes to pancreatic cancer. Whether or not a tumour can be removed by surgery, the stage your cancer is in, how well you can carry out daily activities and tasks and what grade the cancer is are all important factors in determining a prognosis. However, the the earlier the cancer is caught, the easier it will be to treat.

How common is pancreatic cancer?