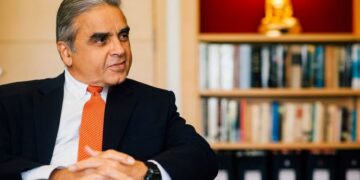 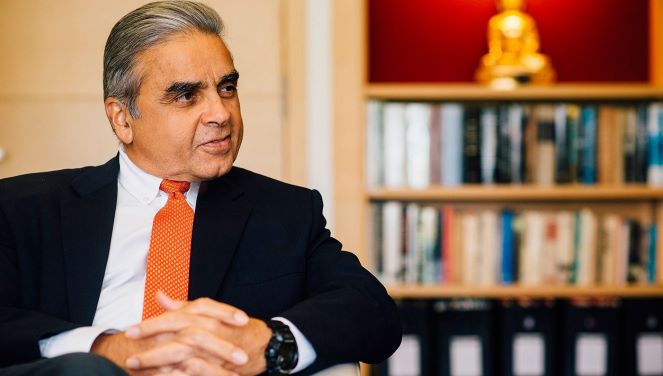 Singapore, August 29: Why does the United States, arguably the world’s most successful society, expend so much blood and treasure on foreign ventures—from Cambodia and Vietnam to Afghanistan and Iraq—and fail so spectacularly?

Americans search for explanations in events and personalities. Actually, there may be deeply structural reasons for these spectacular failures. The reasons can be captured in three Cs: control, culture, and compromise.

US society’s greatest strength is its can-do spirit. When Americans strive for an ambitious goal, such as sending a man to the moon, they take full control, and charge full speed ahead. This works wonders on US soil. It creates disasters on foreign soil.

I got my first glimpse of Washington’s problem with the first C—control—in Phnom Penh in 1973. Serving then as a young, single diplomat in the Singaporean Embassy in the war-torn Cambodian capital, I dated a young female diplomat from the US Embassy. She had an easy job. Each morning, she would get clear instructions from Washington on what Cambodia should do with its troubled economy. She would personally drive over and deliver the instructions to the Cambodian minister of the economy. Since Washington had some of the world’s best economists, this made sense. But it also deprived the Cambodian government of any sense of agency or control over its own destiny. Hence, when the United States left, the hapless government collapsed.

Similarly, the larger Afghan army of 300,000 people performed well against the smaller Taliban army of 75,000 people when US commanders and soldiers were embedded with Afghan army units to make decisions and decide when and how to fight. Like the Cambodian government, the Afghan army had no control over its destiny. Hence, when US control left the scene, everything collapsed.

Future historians will remark on a curious paradox in this sad Afghan chapter. The United States went to Afghanistan to build and nurture a democracy. But by taking effective control of Afghanistan for 20 years, the Americans couldn’t have behaved in a more undemocratic way.

The second problematic C is culture. Americans assumed the government of Afghan President Ashraf Ghani was legitimate because it had been elected under US democratic norms. Really? Only around 1.8 million Afghans out of 9.7 million registered voters out of a population of 31.6 million people voted in the last national elections. By contrast, when a United Nations mission led by brilliant Algerian diplomat Lakhdar Brahimi tried to recreate an Afghan government after the collapse of the first Taliban government in 2001, Brahimi reached deep into Afghan history and culture and convened a Loya Jirga, a traditional council of regional leaders that deliberates important national questions. The process was a messy one. The United Nations couldn’t control it. But the government that emerged from the Lloya Jirga process enjoyed more legitimacy and standing than the so-called democratically elected Ghani government.

It’s surprising the United States learned no valuable lessons from its more successful occupations overseas. Following the capitulation of Japan in 1945, it was a brilliant decision to keep the then-Japanese Emperor Hirohito on the throne instead of prosecuting him as a war criminal, which the United States could have done. His continuity in office gave the Japanese assurance their culture was respected. The Americans deployed in Afghanistan to rebuild the Afghan political system showed little respect for Afghan culture.

The third C is compromise. When treading on foreign soil, it is pure common sense to make compromises and accept local institutions. Iraq failed spectacularly because of one disastrous decision resulting from a refusal to compromise: the full disbanding of the Iraqi army and Ba’ath Party, two pillars of Iraqi society. When the United States occupied Germany after World War II, on the other hand, US military command quickly gave up on wholesale de-Nazification after realizing it needed all the administrators it could get to prevent the country from descending into chaos. Since party membership had been virtually compulsory for government service, there simply weren’t enough experienced but untainted administrators around.

The United States’ enormous power is its biggest asset—and also its biggest weakness. With so much power, Washington is never under any pressure to compromise, even when it would be common sense to do so. Here’s a simple example: Afghanistan is an ancient society with an even older neighbor, Iran. After millennia of living together, there must be a lot of wisdom in Iranian history and culture on how to live with Afghanistan. The most commonsensical thing for any U.S. administration to have done would have been to compartmentalize its differences with the Iranians on other issues and at least talk to them about creating a strong and independent political entity in Afghanistan. And Iran might very well have cooperated because it had even more to lose than the United States from a Taliban-controlled Afghanistan. Yet the very idea of a compromise with Iran appeared to be unthinkable in Washington.

If the United States fails to understand the key structural mistakes it made in Afghanistan and elsewhere, it will continue to repeat them. Yet there are few signs of any serious rethinking. Instead, many people in Washington are blaming the Afghans for this catastrophic failure, pointing their fingers in particular at corruption. But corruption requires both demand and supply. If the United States hadn’t drowned Afghanistan in a tsunami of poorly accounted for dollars, corruption wouldn’t have happened.

Curiously, one of the academic authorities on this subject is Ghani himself. In a 2008 book, he and co-author Clare Lockhart describe a project that illustrates the problem of much foreign aid. Even though the aid was disbursed by various United Nations agencies and nonprofits, most of the money came from the United States. This story, also discussed in Lockhart’s essay for Prospect, is worth quoting at length as it perfectly describes what went fundamentally wrong with the U.S. venture in Afghanistan:

Lockhart met a villager in Afghanistan who told her the story of US$ 150 million literally going up in smoke. She recounts the man saying: “We heard on the radio that there was going to be a reconstruction program in our region to help us rebuild our houses after coming back from exile, and we were very pleased.”

“This was the summer of 2002,” Lockhart goes on to describe. “The village was in a remote part of Bamiyan Province, in Afghanistan’s central highlands, and several hours’ drive from the provincial capital—utterly cut off from the world. UN agencies and NGOs were rushing to provide ‘quick impact’ projects to help Afghan citizens in the aftermath of war. [That $150 million] could have transformed the lives of the inhabitants of villages like this one.”

“But it was not to be, as the young man explained: ‘After many months, very little had happened. We may be illiterate, but we are not stupid. So we went to find out what was going on. And this is what we discovered: the money was received by an agency in Geneva, who took 20 per cent and subcontracted the job to another agency in Washington DC, who also took 20 per cent. Again it was subcontracted and another 20 per cent was taken; and this happened again when the money arrived in Kabul. By this time there was very little money left; but enough for someone to buy wood in western Iran and have it shipped by a shipping cartel owned by a provincial governor at five times the cost of regular transportation. Eventually some wooden beams reached our villages. But the beams were too large and heavy for the mud walls that we can build. So all we could do was chop them up and use them for firewood.’”

Future historians will be puzzled by how US taxpayers spent $1 trillion in Afghanistan with no positive results. This small story illustrates how it likely happened. Multiply the story by countless agencies and contractors each taking their slice of the pie.

It would therefore be a huge mistake for Americans to blame the Afghans, who were victims of mistakes made in Washington. That is exactly where the serious reflection has to take place.

(Kishore Mahbubani, is a distinguished fellow at the National University of Singapore’s Asia Research Institute)