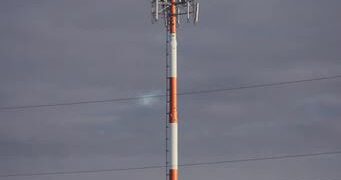 by Editor
in Around The World, Tech, World
Reading Time: 4 mins read
6 0 April 2 (Quartz) – Mobile network operator Safaricom has launched a 5G network in Kenya, making it the second country in Africa to roll out the technology. The company has started the rollout in four towns, and expects to expand it to nine over the next year.

Safaricom CEO Peter Ndegwa described the launch last week as “a major milestone for the country.” The telco is implementing the project using technology from the Finnish company Nokia and the Chinese company Huawei.

While the new development makes Kenyans early adopters of 5G in Africa, questions remain over investor and market readiness for mass use of the technology across the continent. As a result, widespread adoption of 5G in the region, while a promising prospect, may be far-off.

5G is the fifth generation technology standard for broadband cellular networks. It offers data speeds up to 100 times faster than 4G and lower latency (the delay an instruction for a data transfer and its actual transfer). It can also support up to 1 million connected devices per square kilometer, compared to up to 100,000 for 4G.

Safaricom’s introduction of the technology in Kenya is “an important step in Africa’s 5G journey,” says Kenechi Okeleke, senior manager for mobile operators and networks at GSMA, an organization covering mobile network operators worldwide, and the lead author of GSMA’s 2019 report on 5G in sub-Saharan Africa. “This move will draw a lot of attention to the potential of 5G in the region and the benefits it can bring to society,” he tells Quartz.

The initial focus will be on how 5G will enhance broadband connectivity for Safaricom, Okeleke says. However, he adds, given the company’s track record in tech innovation, many observers will be on the lookout for potential new use cases that Safaricom could develop for Africa’s unique challenges and customer needs.

5G’s faster speeds bring fiber optic-like connectivity to homes—a broadband connection that can reach speeds of up to 940 megabits per second. This would be a game changer for African businesses and schools that do not have access to fiber-optic internet, especially in a post-Covid-19 world where activities including work, learning, and entertainment are increasingly happening online, Okeleke says.

The technology could enable new and existing technologies such as artificial intelligence and the internet of things—the interconnection via the internet of computing devices embedded in everyday objects—to have a transformative impact on business processes, helping drive productivity and efficiency, Okeleke says. This has the potential to spark innovative solutions, particularly in extractive sectors such as mining and oil and gas, he adds, and help financial services and logistics sectors in the continent.

It will take some time for Africa to catch up. Currently, around 51% of Africa’s mobile phone connections are on 3G, and GSMA believes that it will remain dominant, with 5G connections making up only 3% of total mobile connections in Africa by 2025. South Africa’s 5G connections account for less than 1% currently.

Investor and market and readiness

Despite the expected growth and excitement over the potential of 5G in Africa, there are concerns about investor and market readiness for the technology. The investment outlay for 5G is very high for mobile phone networks, Okeleke says. Phones that can connect to 5G are also very expensive for consumers—the average selling price for 5G phones in the US last year was $730.

Uptake of 5G may also be slow, since 4G is enough to meet people’s data needs for day-to-day use. AI and VR, the strongest use cases for 5G because of the speed and lower latency it offer, aren’t yet common on the continent.