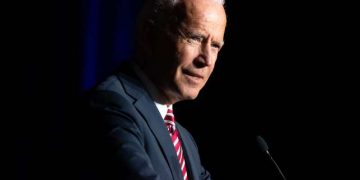 by Editor
in Around The World, United States, World
Reading Time: 1 min read
2 0 © Saul Loeb/AFP/Getty Images Democrat Joe Biden, the longest-serving Delaware senator (1973-2009), has also served two terms as the 47th U.S. vice president. As he clinches the Democratic nomination at the 2020 United States presidential election, take a look at some major highlights from his life and career.

British lawmaker Chris Bryant, a Labour Party member of the U.K. Parliament, told the Evening Standard he put forward the Democrat on Monday.

“When others have resorted to violent solutions, he has argued that the best force is the force of argument,” he told the newspaper.

Newsweek has contacted Bryant and the Biden campaign for comment.

It comes with Trump having received his third nomination for the 2021 Nobel Peace Prize. He has also been put forward in previous years.

Any person eligible to nominate is able to put any person or organization forward for the prize.

There is no vetting of nominations prior to the deadline for them being made, according to the Nobel Peace Prize website.

Members of national assemblies and national governments of sovereign states, as well as current heads of state are able to nominate.

While university professors of history, social sciences, law, philosophy, theology and religion are also able to propose people for the prize.

Most of those put forward do not make it onto the final shortlist from which a winner is chosen.

The nominees are not officially made public, until they are disclosed 50 years later. The shortlist for the 2021 accolade remains months away.