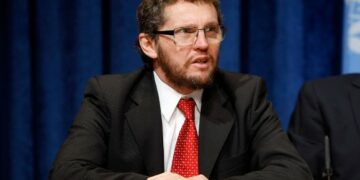 Many Sri Lankans grumble that their small and powerless country is singled out for trenchant criticism at the UN Human Rights Council (UNHRC) while bigger and more powerful countries with worse records go scot free. But the truth is that powerful Western countries also get pulled up.

For example, in the follow-up reports to be presented at the 48 th. Session of the UN Human Rights Council, which began on Monday, the Special Rapporteur on the Promotion of Truth, Justice, Reparation and Guarantees of Non-Recurrence, Fabián Salvioli, has criticized both Sri Lanka and Britain for failing to satisfactorily address accountability issues (https://undocs.org/Home/Mobile?FinalSymbol=A%2FHRC%2F48%2F60%2FAdd.2&Language=E&DeviceType=Mobile).

While Sri Lanka is berated for failing to set up accountability mechanisms, or delaying or scuttling them, the UK is faulted for diluting the accountability measures envisaged in the 2014 Stormont House Agreement (SHA) on the Northern Ireland question.

On Sri Lanka, Salvioli says: “Over the past 18 months, the human rights situation in Sri Lanka has seen a marked deterioration.” He points out that President Gotabaya Rajapaksa withdrew his country from its international commitments on transitional justice, including resolution 30/1.

“Progress on several emblematic cases has stalled or encountered serious setbacks under the current administration. The commission of inquiry to investigate allegations of political victimization of public servants established by the current President has intervened in favor of military intelligence officers in ongoing judicial proceedings, including in the 2008 murder of journalist Lasantha Wickrematunge and the 2010 enforced disappearance of Prageeth Eknaligoda.”

“It has also issued directives to the Attorney General to halt the prosecution of former Navy Commander Admiral Wasantha Karannagoda and former Navy Spokesman Commodore D.K.P. Dassanayake in relation to the killing of 11 youths by Navy officers, which have been rejected by the Attorney General. The Court of Appeal also issued an interim injunction order staying the case, following a writ submitted by Mr. Karannagoda. The case is due to be heard by that Court,” Salvioli says.

Further, in April 2021, Prime Minister Mahinda Rajapaksa tabled a resolution seeking legislative approval to implement the recommendations of the Commission of Inquiry to institute criminal proceedings against investigators, lawyers, witnesses and others involved in some emblematic cases and to dismiss several cases currently pending in court.

“Efforts to ensure accountability have been further obstructed by reported reprisals against several members of the Criminal Investigation Department involved in the past in investigations into a number of high-profile killings, enforced disappearances and corruption. Some have been arrested and later released on bail, and another has left the country,” he adds.

Salvioli regrets that no Truth Commission has been established to date. During the period 2015–2019, progress was reported in the work of the Office on Missing Persons (OMP), but since 2020, progress has stalled and the OMP has faced interference from the Government, which reportedly intends to review the law establishing and defining the mandate of the Office.

On 22 October 2020, the Lankan parliament adopted the 20 th. Constitutional Amendment introducing fundamental changes in the relationship and balance of power between the different branches of government. The amendment has strengthened the power of the President and the Executive, effectively reversing many of the democratic gains introduced by the 19 th.,Amendment, adopted in 2015, Salvioli says.

The SHA envisaged four new institutions:- (1) an independent historical investigations unit to pursue pending investigations into Troubles-related deaths; (2) an independent commission on information retrieval to help family members obtain information about Troubles-related deaths of their relatives; (3) an oral history archive to enable people from all backgrounds to share experiences related to the Troubles; (4) an implementation and reconciliation group, to promote reconciliation and assess the implementation of the other legacy institutions proposed in the SHA.

In 2018, the Northern Ireland Office conducted a public consultation on the SHA institutions. That elicited 17,000 responses. Based on it, on 9 January 2020, the Minister for Foreign Affairs and Trade of Ireland and the United Kingdom Secretary of State for Northern Ireland published the “New Decade, New Approach” deal to restore the devolved government in Northern Ireland.  By this, the UK committed itself to introducing, within 100 days, legislation to implement the SHA. The deal was tabled at Stormont House for the political parties in Northern Ireland to consider and agree.

However, following a change of government in the UK on 18 March 2020, the Secretary of State for Northern Ireland issued a written ministerial statement outlining the Government’s new approach to addressing the legacy of the past in Northern Ireland.

But in the view of the   Special Rapporteur, that statement “represented a significant departure from the New Decade, New Approach deal, in particular in regard to access to justice for the families of persons killed in connection with the Troubles. The statement prioritizes the sharing of information with families who lost their loved ones in the Troubles over accountability.”

According to the minister, only cases on which there is a realistic prospect of prosecution, as a result of new compelling evidence, will be the subject of a full police investigation.

Surprised by such dilution, in April 2020, the Northern Ireland Human Rights Commission wrote to the Secretary of State for Northern Ireland saying that “such an approach is not compatible with the human rights obligations of the United Kingdom, in particular with Article 2 of the Convention for the Protection of Human Rights and Fundamental Freedoms (European Convention on Human Rights), on the right to life.”

In December 2020, the Committee of Ministers of the Council of Europe expressed profound concern about the fact that the Government of the UK had not provided any details in response to the Committee’s request for information on the approach set out in the ministerial statement of 18 March 2020, in particular on how the proposal complied with the obligations set out in article 2 of the European Convention on Human Rights.

The Special Rapporteur expressed concern that the UK is consistently claiming the right to prevent disclosure of “sensitive information” under the pretext that this could endanger the lives of informants and undermine national security. The Special Rapporteur also draws attention to concerns regarding UK government’s plans to introduce a statute of limitations for serious human rights violations.

The House of Commons Defense Committee issued a report in 2017 recommending the enactment of a “statute of limitations” covering all Troubles-related incidents involving former armed forces and occurring prior to the 1998 Good Friday Agreement which addressed issues in the conflict over Northern Ireland.