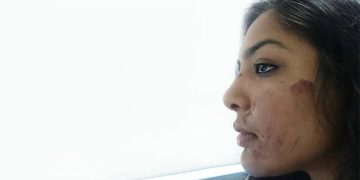 Peshawar, January 18 (Dawn): The first women’s bicycle rally scheduled to take place in Peshawar on January 19 was canceled after religious parties on Friday threatened to protest against the event, officials said.

Zama Jawandoon, an organization working for women’s rights, had organized the ‘peace rally’ that was scheduled to begin from Peshawar’s Hayatabad neighborhood on Saturday.

According to the event’s organizer, at least 35 women were slated to participate in the rally and they had also invited people from the transgender community.

But the Jamiat Ulema-e-Islam – Fazl (JUI-F) and other religious parties on Friday announced they would stage a protest against the rally at the Bagh-e-Naran in Hayatabad.

He announced that they would contact the relevant departments to have the event canceled and if that is not done, a demonstration will be held against the rally at 9am tomorrow.

The threat of the protest led the organizers to cancel the rally a day before it was scheduled to take place.

Speaking to DawnNewsTV, an organizer said they had approached the Peshawar district administration before announcing the rally and were subsequently issued a no-objection certificate (NOC) to hold the event.

But she said they had decided to postpone the event after the protest call by religious groups because they did not want the rally to take place in a state of any unrest.

When contacted, police said the organizers of the event had not approached them to obtain a NOC or seek security.

“After receiving information about the [planned] protest against the race, police contacted the organizers and they revealed that the rally had been postponed,” SP Cantt Wasim Riaz said.

He said it was the responsibility of police to provide security to any events in the city, adding that organizers must first obtain police clearance.

According to SP Riaz, police had not received any directions from the district administration or any other department for the provision of security to the women’s bicycle rally.

It was a regular Sunday morning that typically starts out with an early morning bike ride — a routine that I have been following for the past four years.

I hopped on my bike, and as per usual, pedaled out to reach the spot where members of my cycling group, Critical Mass Lahore, gather every Sunday to explore different parts of this beautiful city.

I was enjoying the chilly morning breeze and empty roads when I realised that some boys in a white Cultus were tailing me.

At first, I did not take them very seriously because it is common for men here to get excited when they see women cycling.

But it started bothering me when they persisted. Eventually I decided to turn into the nearest service lane, hoping it might deter them.

But, they followed me there too.

Explore: Why do women walk so briskly in public?

I felt a sense of panic and tried to look for someone, anyone around I could approach for help but the roads were completely empty at this hour.

After howling and hooting at me at the top of their lungs and honking non-stop, they realised that they were unsuccessful in soliciting my attention.

They then hit my bike and sped away. This happened near Nirvana in DHA Lahore around 7am.

The push sent me hurtling forward; I fell flat on the road on my face. My helmet thankfully saved me from any head injuries, but there were other minor injuries and scratches on my body.

Dazed, I tried to recall their license plate number, I couldn’t. Their car was behind me the whole time. The only time they pulled up in front was when I was lying on the road after which they sped away.

We, at Critical Mass Lahore, are a close-knit family. Always looking out for each other, always there in times of need. Some of my friends from the cycling group came to my aid immediately.

They took me to a hospital, and spent almost the entire day by my side.

Take a look: The hell of harassment

Admittedly, this was not the first time I was harassed on the street. It has happened several times before but I avoided talking about those experiences, even with close friends and family, because I did not want them to worry about me every time I went out cycling.

Another reason for not sharing it publicly was to avoid discouraging other female cyclists from pursuing this activity.

After many years, the number of female cyclists in our group had recently seen a spike and I wanted the numbers to keep growing.

I gave it a lot of thought and decided that remaining silent about this incident was not the solution. I needed to speak up.

Harassment is real — any girl who has been born and raised in Pakistan experiences it every day, so much so that it starts to feel normal, something you’re conditioned to live with. We begin to internalise it.

I wasn’t going to let this deter myself or other women from cycling, with this thought, I shared the incident as a public post on my Facebook profile.

I wasn’t sure what reaction my revelation would bring. I was expecting to receive some negativity. But only comments and messages of support poured in from all corners of the world.

A lot of people suggested that I have a male accompany me whenever I was going cycling, as it is not safe for girls to cycle alone, and while I respect the concern, that is not the solution to this urgent problem that requires profound cultural change. Today.

What if I want to cycle alone? What if I don’t want the company of men to make me feel safe in my own city?

Recently, Lahore has seen an upsurge in street crimes; one feels unsafe while walking, cycling or driving on the road.

We need to make our cities safer, not just for women but also for men.

While campaigns are being devised to empower women in public spaces, such as the ‘Pink Rickshaw Scheme’ and ‘Women on Wheels’, none of these initiatives will fully empower women until the root cause of the problem is addressed.

And to address it, we have to talk about it.

For starters, I can’t wait to get back on my bike again.