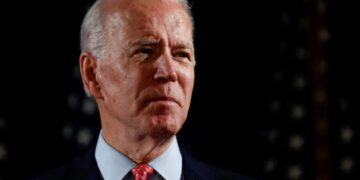 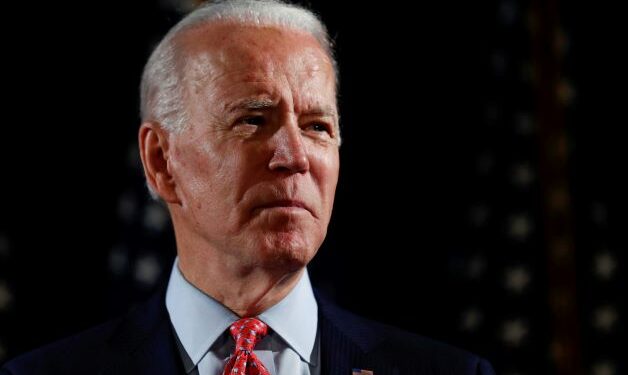 Is Joe Biden failing? Less than nine months into his presidency, rising numbers of Americans and not a few foreign allies appear to think so. Polls last week by Gallup and Rasmussen put his national approval rating at minus 10 points. His overall poll average is minus 4. That compares with a positive approval rating of 19 points in January when he took office.

These figures suggest one of the steepest ever early falls in presidential popularity is under way. Jolting, too, is a new Harvard-Harris survey giving Donald Trump a 48% favourability rating to Biden’s 46%. Among independent voters and in battleground states, the outlook for Democrats appears grim. In Iowa, 62% disapprove of Biden’s performance while 70% say the country is “on the wrong track”. Michigan and Virginia tell similar stories.

Numerous factors are contributing to what is starting to look like a presidential meltdown. At home, Biden’s didactic handling of the pandemic attracted growing criticism during a summer Covid surge. Continuing mistreatment of migrants on the Mexico border, which he promised to end, is a lose-lose issue for him. A Biden-backed police reform bill, prompted by the death of George Floyd, was killed off in Congress last week.

Abroad, Biden’s reputation for foreign policy competence was shattered by the Afghan withdrawal debacle and the loss of American and Afghan lives. Normally loyal foreign allies complained noisily about chaotic mismanagement – and voters listened. The row with France over a US-UK-Australia defence pact (Aukus) has deepened disillusion over his commitment to multilateralism.

Biden’s speech to the UN last week helped explain the feeling of disappointment – and disconcerted surprise – that has developed around the world. His delivery sounded tired and uninspired. It reinforced the “Sleepy Joe” caricature that recently saw Benjamin Netanyahu claim, untruthfully, that Biden dozed off during talks with Naftali Bennett, his successor as Israel’s PM.

The speech’s substance was revealing, too. Biden’s boast that the US, post-Afghanistan, was no longer at war is demonstrably untrue. Think Syria and Iraq, think Somalia, think other counter-insurgencies where troops are deployed. His claim to be waging a new war of “relentless diplomacy” brought scowls from diplomatically snubbed France and others in Brussels and Beijing.

Biden insisted he does not want to fight China. “We’ll stand up for our allies and friends and oppose attempts by stronger countries to dominate weaker ones [but] … we’re not seeking a new cold war or a world divided into rigid blocs,” he said. That claim sits oddly with the Aukus pact, the refurbished Quad alliance with Japan, India and Australia, and his call to arms in the Indo-Pacific. When Biden says “America is back”, some who initially welcomed it – such as Germany’s exporters – now tend to duck or run for cover.

While international perceptions matter, it is Americans who will make or break this presidency in the next 12 months. That’s all the time Biden has left, before next year’s midterm elections, to enact an extraordinarily ambitious legislative agenda including a $3.5tn social spending plan and a $1.1tn infrastructure package.

Obstacles include a recalcitrant Republican party egged on by Trump, wafer-thin or nonexistent majorities in the House and Senate and – in another unwelcome surprise – vocal internal opposition from “progressive” Democrats. By linking the two measures through last-minute brinkmanship, hubris and haggling, hardline liberals risk wrecking both.

Biden badly needs a big legislative win to halt the slide in his ratings and show sceptics he can deliver. He also needs Congress to prevent a government shutdown at the end of this week, and a possible US debt default next month, by agreeing to roll over funding and increase the statutory cap on federal borrowing. Given Republican enmity, it will go down to the wire.

A fierce partisan fight continues over immigration reform. Biden and his underperforming vice-president, Kamala Harris, maliciously nicknamed the “border tsar” by critics, were lambasted last week by their own envoy, who resigned over abuses of Haitian migrants. Biden’s continued use of Trump’s punitive deterrent measures dismays supporters. Rightwingers say he’s too soft.

Is Biden trying to do too much, too quickly? Probably. There have been significant successes – the vaccine rollout, the $1.9tn Covid relief bill, the return to the Paris climate accord. In terms of forcing social change, he seems to want to make up for what his cautious former boss, Barack Obama, failed to do – all at once. If Biden, 79 in November, is an old man in a hurry, it’s because he lacks time as well as votes.

The Afghan imbroglio and the Aukus row betrayed a tin ear. Biden truly believes in alliances. But when the chips are down, like his predecessors he acts in America’s self-interest, deaf to the consequences for others. Likewise at home, he truly believes in reform. But try as he will, he cannot drown out the reality of a divided nation or the pernicious, still potent legacy of Trump – who daily plots his downfall from the extra-large seat of his Florida golf buggy.

Latest poll trends and the political dynamic in Washington point to a Republican takeover of Congress next year, the thwarting of much of Biden’s agenda, and a failing, one-term presidency. This gloomy scenario may change. Hopefully it will. But the democratic world can only watch America’s unfolding Lear-like drama and, fearing a recurring nightmare in 2024, mutter all-a-tremble: “Please, not Trump again!”