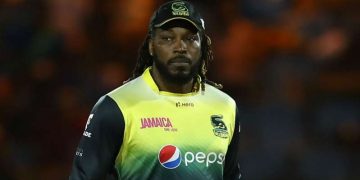 Gayle made 53 from 45 balls but was run out from the penultimate delivery with the scores level. © Getty Images Chris Gayle marked his first appearance in the IPL this year with a half-century.

October 16 (Omnisport) – Chris Gayle made an impact and KL Rahul continued his impressive form as Kings XI Punjab once again come out on top against Royal Challengers Bangalore in the Indian Premier League.

Kings XI have found wins hard to come by in 2020 but have now triumphed in both games with Bangalore, albeit only after surviving a late wobble on Thursday.

Gayle made 53 from 45 balls but was run out from the penultimate delivery with the scores level. That left Nicholas Pooran to come out and face one ball, which he proceeded to launch down the ground for six.

The eight-wicket victory gives Kings XI renewed hope for the season, though they remain bottom of the table.

Rahul – who made 132 not out in the previous meeting of the two franchises – finished up unbeaten on 61, in the process extending his lead at the top of the run-scoring table.

Opening partner Mayank Agarwal weighed in with 45 as Bangalore’s total of 171-6 was not quite enough, despite the unexpected final-over drama.