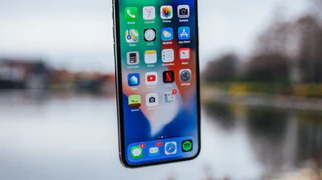 April 17 (India Today) – WhatsApp has rolled out two major features for iPhone users. With the latest update, iOS users will be able to see larger media previews and get more control over the disappearing messages feature in groups.

A few days ago, the features had appeared in the beta version of the messaging app, but now WhatsApp has officially released them for the iOS users. Android users might get the features soon but as of now, there is no update on the same.

With the 2.21.71 update, WhatsApp has made it simpler for iOS users to view larger media. Meaning, you will no longer have to view the complete picture or a video by clicking on them.

The image or video that your receive or share on the messaging app will not appear inside a small square box, you can view the media in its original size. This feature is only exclusive to iOS users for now.

WhatsApp had launched the disappearing messages feature last year. For the unversed, the messages remain in the chatbox for a specific period of time and will disappear after seven days. However, you need to first turn the settings on to use the feature.