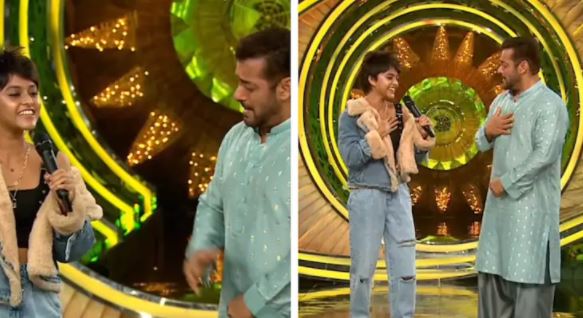 Oct 9 (IndiaToday) – Only if you are living under a rock, you might not know about Yohani Diloka De Silva or the famous song Manika Mage Hithe. However, still for the unacquainted, Yohani is the internet sensation that went viral overnight after her rendition of the Sinhala song was released. Cut to now, a video of hers crooning the popular number with Salman Khan has gone viral and the internet can’t keep calm.

In the short video, Yohani is seen on Bigg Boss 15’s stage. Dressed up in ripped denims, a fur jacket and a black crop top, she sang Manike Mage Hithe. The singer was joined by Salman, who was singing after Yohani.

Salman hilariously mispronounced some lyrics and said words like “hangover” and “Sridevi”. Yohani had a hearty laugh but the camaraderie shared by both of them in the video is worth a watch.