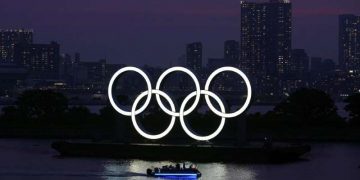 by Editor
in Around The World, Coronavirus, Sports
Reading Time: 3min read
3 0 January 7 – The International Olympic Committee is working on ways to get athletes the coronavirus jab in the second or third wave so that the Tokyo Games can go ahead safely in July, the Guardian has been told.

While insisting that we “do not want to queue jump”, IOC sources are hoping athletes from around the globe will be high up on the vaccination list, once key workers and the vulnerable are given the jab.

Several sources in the Olympic movement have also indicated that they remain confident the Games will take place in some form this summer. However the rise of several new coronavirus variants and the steep jump in cases in Japan – which reported a record 5,307 daily cases on Wednesday – has led to a growing desire to get athletes vaccinated in the coming weeks and months.

The IOC is aware that it needs to tread a fine line between ensuring athlete safety and appearing overly pushy, and there were some eyebrows raised in Lausanne on Tuesday when one IOC member, Dick Pound, suggested there would be no public outcry if athletes jumped the queue – and that “it was the most realistic way” of ensuring the Tokyo Olympics went ahead.

Pound, the longest-serving member of the IOC, told Sky News: “In Canada where we might have 300 or 400 athletes – to take 300 or 400 vaccines out of several million in order to have Canada represented at an international event of this stature, character and level – I don’t think there would be any kind of a public outcry about that. It’s a decision for each country to make and there will be people saying they are jumping the queue but I think that is the most realistic way of it going ahead.”

IOC sources stressed to the Guardian that the situation was more nuanced than Pound had made out.

Previously the IOC president, Thomas Bach, has encouraged athletes to have a Covid-19 vaccination before Tokyo 2020 but insisted it would not be an entry requirement. That is partly because there is an appreciation that some athletes’ faith may mean they are uneasy about using a vaccine containing pork-derived gelatin, which is widely used as a stabiliser to ensure it remains safe and effective during storage and transport.

While not commenting on Pound’s comments, or suggestions it wanted athletes to be vaccinated in the second or third wave, the IOC did confirm it would be making “all efforts to have as many foreign participants as possible” vaccinated before the Games.

“Together with the National Olympic Committees, we will make all the efforts so that the NOCs encourage and assist their athletes, their officials and their stakeholders to get vaccinated before they come to Japan,” the IOC said.

“We are doing so, of course, in order to contribute even more to the safe environment in the Games, but also out of respect for the Japanese people because they should be confident that everything is being done to not only protect the participants, but also the Japanese people, by having as many of the visitors as possible being vaccinated.”

The British Olympic Association and UK Sport have discussed how they could get a Covid vaccine to athletes by July but it is understood they are not in active conversations with the government. The BOA chief executive, Andy Anson, said: “The priority has to be the people who need it most; frontline workers, the elderly and the vulnerable. There will come a time, hopefully ahead of the Olympic Games, when the athletes can be considered for vaccination but we’ll only do that when it’s appropriate.”