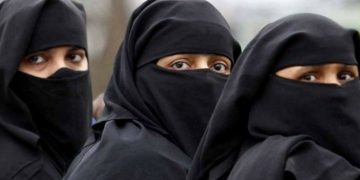 New Delhi, December 28 (newsin.asia): India’s lower house of parliament (Lok Sabha) passed a bill on Thursday aimed at prosecuting Muslim men who divorce their wives through the “triple talaq”, or instant divorce by uttering the word talaq thrice.The bill now moves to the upper house of parliament (Rajya Sabha), where it is likely to be approved reports Reuters.

But women’s rights activists say that the bill is flawed in several ways.It will instantly criminalize Muslim men but fail to render justice to Muslim women who face a number of more pressing issues.

In August, the Supreme Court ruled as unconstitutional a law which allows Muslim men to divorce their wives simply by uttering the word “talaq”, which means divorce in Arabic, three times.

Muslim women had petitioned the court, arguing the practice of husbands divorcing them through triple talaq not only violated their rights but left many women destitute.

“Only a law can explicitly ban triple talaq, we have to enforce legal procedures to provide for allowances and protect custody of children,” said Law Minister Ravi Shankar Prasad.

The bill would make the practice a non-bailable offence with a possible three-year jail term.

Muslims are the biggest religious minority in Hindu-majority India and relations between the communities have sometimes been strained since Prime Minister Narendra Modi and his Hindu-nationalist Bharatiya Janata Party won a 2014 election.

India is one of the few countries where the practice of instant divorce has survived in law, and while some Muslim groups have said it is wrong, they believe it should be reviewed by the community itself.

Members of the All India Muslim Personal Law Board said the government had no right to outlaw instant triple talaq, as it was directly interfering with Muslim personal law.

India’s civil codes are designed to protect the independence of religious communities. Unlike most Hindu civil laws, which have been codified and reformed, Muslim personal laws have largely been left untouched.

Zakia Soman, founder of a Muslim women’s group, the Bharatiya Muslim Mahila Andolan, said that once triple talaq becomes a legal offence, victims could approach the police and the legal system to initiate action against offenders.

Writing in The Citizen, Seema Mustafa points out that the government admitted that it had not consulted the stake holders, the women’s organizations, or other groups. All Opposition parties—including the till recently reticent Biju Janata Dal— united in demanding the Bill be deferred to a parliamentary Standing Committee to sort out the issues after full discussion with all stakeholders, women, experts and others.

The demand was summarily rejected by the Law Minister Ravi Shankar Prasad.

The questions asked by the mover of the bill, Sushmita Dev, a women Congress MP from Assam, remained on the table, and are also the questions being asked by women’s organizations outside Parliament.

1. If the man is put into jail for three years, in what this Bill makes a non-bailable offence who will pay the subsistence for his wife and children? The Bill is silent on this. Will the government beating its chest for Muslim women set up a corpus out of its concern for Muslim women to ensure they receive maintenance?

2. The Supreme Court abolished instant triple talaq on the grounds that this makes it impossible for reconciliation, and this opportunity has to be provided to the marital couple. The Bill places the husband in jail, so where is the opportunity for reconciliation? Or does the government think that the husband being put into jail will actually sit down and reconcile the marriage?

3. What is the method of calculating maintenance? The Bill is completely silent on this. Earlier it was to be assessed according to the standard of married life of the couple, and the financial ability of the husband. How will it be determined now?

4. The BIll places the man for three years, without bail, in jail. Other crimes that get the same punishment include rioting and armed violence, promoting enmity between groups, outraging religious sentiments. Is the Bill equating triple talaq with such criminal activity? And criminalizing what is essentially a social injustice?

5. The government refused to bring a law against marital rape saying this would open a flood of litigation and raise other issues. Will not the same happen by criminalizing triple talaq and making the Muslim man vulnerable to the same abuse in the guise of helping the Muslim woman?

6. Social reforms is the need of the hour, it is not just an idea, it is a right. Why did the government not bring in the Women’s Reservation Bill instead to ensure empowerment and the protection of these rights?

7. Lastly what is the protection against a false complaint that a triple talaq had been pronounced?

Admittedly an abhorrent practice, triple talaq is mired in the politics of women’s rights and justice. Criminalization by making it a non bailable offence,with a three year jail term for the erring husband, does not ensure justice under the present Bill moved by the BJP government.

Muslim scholars point out that there is a three-month gap for a triple  talaq declaration to take effect ( this gives scope for retraction  and reconciliation). Does the new bill provide for this interim period or would  a simple complaint about triple talaq land a man in jail without a provision for coming out on bail?

Writing in The Wire, Shreya Valiramani points out that the Bill criminalizing triple talq was cleared by the Union Cabinet without inviting the opinion of women’s rights groups or consulting with other civil society stakeholders.

Women and activists and lawyers met in New Delhi on December 21  said the bill instead of addressing a wide range of serious issues affecting married Muslim women is only a piecemeal legislation , a tool to “criminalize Muslim men”.

The government-sponsored draft legislation that has run into controversy proposes to make instant triple talaq or talaq-e-biddat in “oral, written, electronic or any other form” a cognisable or non-bailable offence punishable with three years jail and a monetary fine.

Arguing that there is no rationale to criminalize the practice of talaq-e-biddat, Hasina Khan from Bebaak Collective asked, “Personal law is civil law, therefore, how can you criminalize civil law?”

Shabina Mumtaz, a social worker from Uttar Pradesh who has worked with Muslim women at the grassroots level, talked about the reactions of women she had interacted with in her discussions about the law. Mumtaz said that mostly the women did not understand how sending their husbands to jail would solve their problem.

According to Mumtaz, what the women told her was, “When our husbands would divorce us, we would have to leave home and face social, mental and financial exploitation. In case the government passes the law and my husband violates it, he shall be sent to jail – this is no solution. We want our redress within the confines of our marriage.”

Senior advocate Indira Jaising, who represented Bebaak Collective in the Supreme Court in the instant triple talaq case, questioned the ambiguity in the law on the subsistence allowance sanctioned for a Muslim woman and her dependent children.

Elaborating on the legal irregularities in the draft, Jaising asked, “Where is the question of custody if a divorce is declared null and void? If there is no divorce, the question of either party having custody of the children simply doesn’t arise.”

Ayesha Kidwai, professor of linguistics at Jawaharlal Nehru University, expressed her discontent that the Bill is being placed in parliament without being circulated among standing committee members.

Kidwai said that it was surprising that a Bill dealing with women’s rights has not been discussed with women’s groups. According to her, the Bill is “intended to fuel a culture of fear, of the state being able to enter your home and be able to incarcerate Muslim men”.

“We have given our memorandum to a Muslim forum of MPs that we do not at all support criminalization and it is our demand that the Bill be forwarded to a standing committee,” said Khan, the founder of Bebaak Collective.

“The Bill is likely to take Muslim society backwards, since it goes against the struggles of women who have crossed community barriers to express their distress. Among other things, the Bill also threatens to jeopardize the conversation around polygamy, unilateral talaq, unequal inheritance rights and other anxieties faced by Muslim women.”

In its anxiety to punish Muslim men, the government has ignored the Quranic provision for retraction and reconciliation.

The Quran says: “Those who intend to divorce their wives shall wait four months; if they change their minds and reconcile, then God is forgiver, merciful. If they go through with the divorce, then God is hearer, knower. (2:226-227).

It continues to say: And the divorced women must wait for three menstrual courses… and their husbands are fully entitled to take them back (as their wives) during this waiting period, if they desire reconciliation. (2:228)