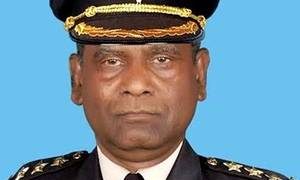 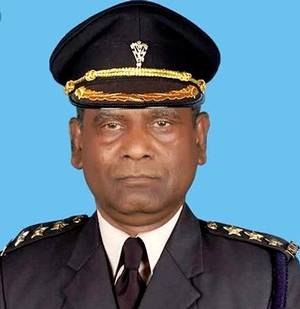 Guwahati, May 31 (Hindu): The family of a retired soldier Lt. (Rtd). Mohammed Sanaullah’s, who fought in the Kargil war two decades ago, approached the Gauhati High Court on Wednesday, less than 24 hours after he was sent to a detention centre for foreigners or illegal migrants.

Mohammed Sanaullah, who retired as an honorary Lieutenant in the Army, was arrested soon after he was summoned by the Assam Police Border Organisation, or the Border Police, in Guwahati on Tuesday.

The arrest followed the order of a Foreigners’ Tribunal that adjudged him a non-citizen.

Lt. Sanaullah, 52, was serving as an assistant sub-inspector (ASI) in the Border Police that is tasked with identifying, detaining and deporting doubtful citizens and illegal migrants. This unit of the State police often employs retired defence and paramilitary personnel.

Exactly 100 Foreigners’ Tribunals in Assam hear and dispose of cases of people deemed foreigners by the Border Police.

Last year, a Foreigners’ Tribunal in Boko served notice on Mr. Sanaullah and he appeared before it five times. At least six other retired personnel of the Army and paramilitary forces have been served such notices.

“Nothing is more heartbreaking than an ex-Serviceman being treated like this,” said his cousin Mohammed Ajmal Hoque from Boko, about 60 km west of Guwahati. “Is this his reward for giving 30 years of his life to the Army defending the country, including fighting in the Kargil War?”

Hoque, who retired as a junior Commissioned Officer in the Army, was also served notice by a Foreigners’ Tribunal. The case was disposed of and the Border Police apologised to him after finding out it had served the notice on the “wrong Ajmal Hoque.”

“Sanaullah joined the Army in 1987, 20 years after his birth in Assam. He joined the Border Police after retiring from the Army in 2017. He had, at one of the hearings, mistakenly mentioned the year of his joining the Army as 1978. Based on this mistake, the tribunal declared him a foreigner, arguing that nobody can join the Army at the age of 11,” Hoque said.

A member of Lt. Sanaullah’s extended family said they hoped the High Court would hand them justice.

The retired soldier lives with his wife, two daughters and a son.

Assam’s Parliamentary Affairs Minister Chandra Mohan Patowary had tabled a report in the Assembly a few months ago. The report said the State haD 125,333 D-voters (doubtful voters, marked by the Election Commission of India) and that 131,034 of the 244,144 cases sent to Foreigners’ Tribunals have been disposed of.

Meanwhile, State Coordinator for National Register of Citizens (NRC) Prateek Hajela said in a notification that an applicant marked ‘D’ in the voters’ list would be considered for inclusion in the updated register if he or she could produce the copy of a court order declaring him or her an Indian.

Last year, the Supreme Court advised exclusion of D-voters and members of their families from the updated NRC to be readied by July.