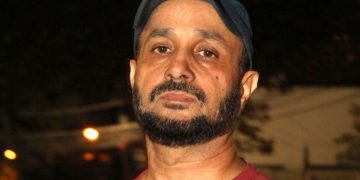 New York, September 20 (NIA): A Sikh man in the US is being hailed as a hero for helping the police capture an “armed and dangerous” Afghan-born American wanted for the weekend bombings in New York and New Jersey that injured 29 people. Police are trying to find out if the bomber –Ahmad Khan Rahami – was a lone wolf or not.

Harinder Bains, the owner of a bar in Linden, found 28-year-old Ahmad Khan Rahami sleeping in the doorway of a bar he owns, reports Press Trust of India.

Bains said he was watching news on TV on his laptop from another business across the street.

At first, he thought he was some “drunk guy” resting in the vestibule but then recognized Rahami and called the police.

When officers responded, Rahami pulled out a handgun and opened fire, striking an officer in the chest.

A foot chase ensued, during which Rahami shot at a police car, causing a bullet to graze another office in the face.

The chase ended when Rahami was shot multiple times.

He was taken to a hospital for surgery. Rahami was not initially cooperative with police who tried to interview him, a law enforcement official said.

Indian-American attorney Ravi Batra told PTI that Bains “dared to honor his Oath of Citizenship to protect & defend the Constitution from enemies foreign and domestic – and it’s turns out that the Chelsea Pressure Cooker Bomber suspect, a naturalized citizen, is caught by another immigrant, an Indian-American Hero-Sikh.”

In a statement, the National Sikh Campaign said this was brave and courageous act by Bains.

“A Sikh helps police get to the terrorist involved in New York and New Jersey bombing over the weekend,” it said.

“He heroically helped save many innocent lives and yet gave credit to law enforcement officers. Harinder Bains certainly did what every responsible citizen in America ought to do. Brave and courageous act!” said the National Sikh Campaign.

Lone Wolf Or Member of A Cell?

US authorities are investigating whether the New York bomb attacks were an Islamist terror plot as it emerged the alleged perpetrator had travelled to Afghanistan several times and showed signs of having been radicalized, The Daily Telegraph said..

Ahmad Rahami, 28, was captured yesterday in a gunfight with police in the city of Linden, New Jersey, after an intense manhunt.

Rahami was carried by stretcher into an ambulance, taken conscious to hospital and was undergoing surgery last night for what appeared to be a shoulder wound.

He is thought to be the sole attacker behind three attempted bombings on Saturday.

One, in Manhattan, exploded and injured 29 people. The New Jersey blast came close to a 5 km charity run but caused no injuries. The third, also in Manhattan, failed to detonate.

Bill de Blasio, the mayor of New York, said he believed that Rahami was acting alone.

Preet Bharara, US attorney for the southern district of Manhattan, said there was “no indication that there’s a cell operating in the area or in the city”.

Rahami was born in Afghanistan and moved to the US with his family. His older brother Qasim is believed to have returned to Afghanistan after he was involved in a fight with police in New Jersey, while one of his sisters, Zobydha, is a student at Rutgers University, and promotes community relations among minority students.

In 2011, he and his father attempted to sue the city of Linden for discrimination after numerous court cases involving allegations of noise disturbance at the family takeaway.

Three years later, he was arrested for unlawful possession of a weapon and aggravated assault, but was not charged.

Donald Trump seized on the fact that the suspect was an Afghan immigrant to boost support for his controversial proposal to bar Muslims from entering the US. He insisted he had “predicted” the attacks and that the country, under Barack Obama and Hillary Clinton as secretary of state, had become “weak”.

Clinton, in turn, accused him of helping Isil recruiters with his rhetoric against Islam, while Obama said America’s values and way of life must be upheld. “As Americans, we will not give in to fear,” he said.

Associates said last night that, several years ago, Rahami travelled to his homeland and on his return he appeared to have been radicalised.

He is thought to have made several trips to the country and to neighboring nations.

Five of his relatives or associates were stopped for questioning as they drove across the Verrazano Bridge, which connects Staten Island and Brooklyn. They have not been charged, while police try to establish whether Rahami was part of a terror network or operating as a lone wolf.

Suspicion remains that he had outside assistance or training in order to assemble the eight bombs. Reports on Sunday suggested the devices were packed with a chemical similar to Tannerite, used in shooting targets.

Police were investigating the suggestion that the bombs contained HMTD, or hexamethylene triperoxide diamine – a high explosive that is relative easy for terrorists to “home brew” from instructions found on the internet.

HMTD is similar to triacetone triperoxide (TATP), used in the London Tube bombings, the “Shoe Bomber” attempt to blow up an airliner and the train station and airport bombings in Brussels earlier this year.

Bill Sweeney, an FBI special agent, said investigators were working on the suspect’s connections and movements. “I do not have information yet to show what the path of radicalisation was,” he said.

He said the fact Rahami was captured alive was “excellent, both from an investigative standpoint – and that we saved a life”. Rahami was identified after police found his fingerprints on another pressure-cooker bomb that failed to detonate.

Andrew Cuomo, the governor of New York State, said that “information suggests it may be foreign-related, but we’ll see where it goes.”