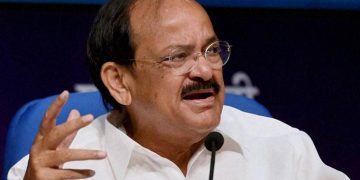 New Delhi, October 14 (NDTV): The Indian Urban Development Minister Venkaiah Naidu has lashed out at the objections of the All India Muslim Personal Law Board (AIMPLB) to government’s plan to ban “triple talaq” which enables a Muslim man to divorce his wife by saying “talaq” thrice.

Responding to the AIMPLB’s contention that the Muslims must be allowed to follow their own laws and that Indian Prime Minister Narendra Modi should be given the title of “dictator” for trying to impose a ban and bring about a Uniform Civil Code (UCC) for all communities, Naidu said that the AIMPLB is being “dictatorial” not the Prime Minister.

“The mood in the country is for ending triple talaq” Naidu said.

The Law Commission, which advises the government on legal reform, has asked for public feedback on the introduction of a Uniform Civil Code, which envisages that all religions and communities would be governed by the same family laws. Muslims and other minorities, like Christians and Parsis, would lose their existing right to apply their own civil code.

Minister  Naidu said the Muslim Law Board is obstructing democracy by declaring its boycott of the call for public feedback to a questionnaire released online about the Uniform Civil Code.

“Some people are confusing the issue of triple talaq with Uniform Civil Code. They are entirely different.”

“It is this that is dictatorial,” said the minister, rebutting the organization’s criticism of Prime Minister  Modi and the government for seeking to impose majoritarianism on minorities.

A petition being considered by the Supreme Court, seeks an end to triple talaq, polygamy and ‘halala‘, which mandates that if a woman wants to go back to her husband after a divorce, she must first consummate her marriage with another man.

Women’s rights activists have long called for reform of the Muslim personal law which they say discriminates against women. What they want instead is a well-defined law that criminalizes polygamy, unilateral divorce and child marriage.