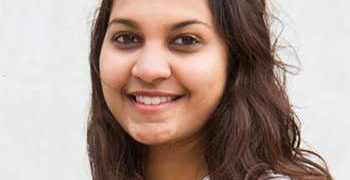 Dhaka, September 3 (NIA):  There were marks of unprecedented brutality on the bodies of the ten  women who were among the twenty people slaughtered by a gang of young and educated Islamic terrorists at a posh restaurant in the Gulshan area here on July 1.

Doctors who conducted the autopsies told Dhaka Tribune that 19 year old Indian girl Tarishi Jain seemed to have been earmarked for the most barbaric treatment.

“Even after her death, the attackers hacked her body with a sharp machete and stabbed her 30 to 40 times on her hands, belly and chest with knives.”

The two Bangladeshi women, Ishrat Akhond and Abinta Kabir, were also tortured to death. They had a number of stab injuries.

Tarishi Jain had come to Bangladesh from the United States on a vacation. She was studying economics at the University of California, Berkeley. Her father Sanjiv Jain is a textile merchant based in Dhaka for the last 20 years.

The militants smashed Ishrat’s head. Ishrat was killed as she did not wear a hijab and refused to recite Koran when the militants told her too. The terrorists had let off other Muslims who had recited verses from the holy book.

45 year old Ishrat had gone for dinner with two Italian designers on that tragic day. She was the Human Resources Director of ZXY International FZCO, one of the largest garments manufacturing company.

Abinta Kabir was an undergraduate student at the Emory’s Oxford College, the university statement said. She was from Miami, and reportedly traveled to Bangladesh this summer to visit friends and family. It’s unclear what Kabir’s area of study is at Emory University, but Oxford College campus is specialized for those majoring in liberal arts. Kabir had just started at Emory, and was expected to graduate in 2019.

This is the first case of militant attack in Bangladesh where women were killed.

Doctors said that seven of the 20 victims were shot and all were stabbed and hacked.

Some men too were killed brutally – shot and then hacked, body parts severed and heads cut into pieces, according to inquest reports.

Tarishi Jain had come to Bangladesh from the United States on a vacation. She was studying economics at the University of California, Berkeley. Her father Sanjiv Jain is a textile merchant based in Dhaka for the last 20 years.

Talking to the Dhaka Tribune, Dr Sohel Mahmud, associate professor of Dhaka Medical College Forensic Department, said that the attackers were particularly cruel with females. The doctors also suspect that some of the female victims might have been raped. Dr Sohel Mahmud said that they had kept vaginal samples for examination. If necessary they would be sent abroad for examination ,he added.

“I have conducted a number of autopsies in my career, but have never seen such brutality,” said one of the four-member doctors’ team.

They suspect that the extremists took hard drugs before conducting the attack so that they could kill brutally. To assess this, the investigators had collected samples from the attackers’ bodies.

The terrorists belonged to the Bangladesh branch of the Islamic State of Iraq and Syria (ISIS), a group which aims to establish a Caliphate. It is notorious for its brutal ways of killing. Their members are accused of raping non-Sunni women and children, making them sex slaves, and killing them if they refused to comply with orders.

Most of the victims seen in the photos and videos the ISIS releases are slaughtered or beheaded, crushed or burned.