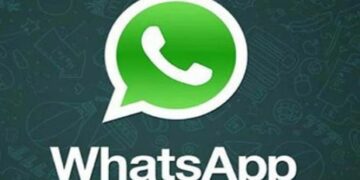 New Delhi, May 26 (Indian Express): Calling WhatsApp’s refusal to comply with the new IT rules as a “clear act of defiance,” the Ministry of Electronics and Information Technology (MeitY) has said that while it respects the right to privacy, it is not an unlimited right and will come with reasonable restrictions. The government was responding to WhatsApp’s lawsuit against the IT rules, which was filed in the Delhi High Court on May 25, the last date for compliance with the new rules.

“The Government of India is committed to ensure the Right of Privacy to all its citizens but at the same time it is also the responsibility of the government to maintain law and order and ensure national security,” Union Minister Ravi Shankar Prasad said, adding that “none of the measures proposed by India will impact the normal functioning of WhatsApp in any manner whatsoever and for the common users, there will be no impact.”

Calling the debate of end-to-end encryption as misplaced, Prasad said, “Whether Right to Privacy is ensured through using encryption technology or some other technology is entirely the purview of the social media intermediary. It is WhatsApp’s responsibility to find a technical solution, whether through encryption or otherwise, that both happen.” WhatsApp’s main argument is that traceability would require it to track every single message and thus break its end-to-end encryption protocol.

The government of India in a press release said it recognises that ‘Right to Privacy’ is a Fundamental right and is committed to ensure the same to its citizens. However, it added that “as per all established judicial dictum, no Fundamental Right, including the Right to Privacy, is absolute and is subject to reasonable restrictions.”

In its petition, WhatsApp has invoked the 2017 Justice K S Puttaswamy vs Union Of India case to argue that the traceability provision is unconstitutional and against people’s fundamental right to privacy as underlined by the Supreme Court decision.

The press release also questions the Facebook-owned platform’s commitment to user privacy: “At one end, WhatsApp seeks to mandate a privacy policy wherein it will share the data of all its user with its parent company, Facebook, for marketing and advertising purposes. On the other hand, WhatsApp makes every effort to refuse the enactment of the Intermediary Guidelines which are necessary to uphold law and order and curb the menace of fake news.”

The government response also states that WhatsApp is only required to trace the originator of a message only in case when the message is required for prevention, investigation or punishment of very serious offences related to the sovereignty and integrity of India, the security of the State, friendly relations with foreign states, or public order, or of incitement to an offence relating to the above or in relation with rape, sexually explicit material or child sexual abuse material.

WhatsApp’s Case: (Nikkei):  Facebook-owned WhatsApp is challenging the Indian government in the Delhi High Court over a new rule that requires it and other social media companies to track information on their platforms.

The law, which comes into effect on Wednesday, violates user privacy rights and is unconstitutional, said WhatsApp. Complying with the law would require WhatsApp, which has around 400 million users in India, to break end-to-end encryption designed to protect user privacy.

The rules, announced in February, require “intermediaries” to delete or amend content deemed problematic. Critics are alarmed by the discretion given to the government to determine what content is considered troublesome.

“Requiring messaging apps to ‘trace’ chats is the equivalent of asking us to keep a fingerprint of every single message sent on WhatsApp, which would break end-to-end encryption and fundamentally undermine people’s right to privacy,” WhatsApp said in a statement on Wednesday.

“We have consistently joined civil society and experts around the world in opposing requirements that would violate the privacy of our users. In the meantime, we will also continue to engage with the government of India on practical solutions aimed at keeping people safe, including responding to valid legal requests for the information available to us,” it said.

The suit was filed in the Delhi High court on Wednesday. WhatsApp is also fighting a legal battle on the encryption issue before the Supreme Court of Brazil.

According to a source, several organizations have written to the government in early 2019 expressing concerns about what were then draft provisions. It was also discussed then that the traceability requirement was not legal in India.

“In order to trace even one message, services would have to trace every message,” WhatsApp said on its website. “That’s because there is no way to predict which message a government would want to investigate in the future. In doing so, a government that chooses to mandate traceability is effectively mandating a new form of mass surveillance.

“To comply, messaging services would have to keep giant databases of every message you send, or add a permanent identity stamp — like a fingerprint — to private messages with friends, family, colleagues, doctors, and businesses. Companies would be collecting more information about their users at a time when people want companies to have less information about them,” it said.

The Indian government wants social media platforms, such as WhatsApp, Twitter, and Facebook to comply with the new information technology rules that include taking down content within 36 hours of a legal order and to appoint a compliance officer to address grievances. They also require the companies to have an automated mechanism in place to take down any offensive content.

The Intermediary Guidelines and Digital Media Ethics Code, notified in February, said that if “significant social media intermediaries” that host third-party information and messages that do not comply with the rules, they could face lawsuits and prosecution.

The WhatsApp legal challenge comes amid growing pressure on social media platforms to toe the government line. Just this week, Twitter India offices in Delhi were “raided” by police after a tweet by a spokesperson of the ruling party Bharatiya Janata Party was tagged as “manipulated media” by the microblogging site. It was labelled so as the document shared was found by Twitter to be fake.