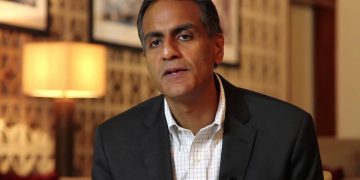 India provokes China by inviting US Ambassador to visit Tawang, a disputed area

India provokes China by inviting US Ambassador to visit Tawang, a disputed area New Delhi, October (The New Indian Express): India is asserting its sovereignty in the Tawang region, claimed by China, through aggressive diplomacy. After sending invite to 14th Dalai Lama Tenzin Gyatso, Arunachal Pradesh welcomed US’ top diplomat in India Ambassador Richard Verma, a first for a US Envoy.

The first visit by a US Ambassador to Tawang has come at a time as the US warships are sailing close to the islands that China claims to be within its sovereign waters in the South China Sea.

Stunning mountains and wonderful people. Terrific visit to Arunachal Pradesh for the Tawang Festival. Thank You Tawang for the hospitality,” Ambassador Verma added as he tweeted a photograph of his with Arunachal Pradesh Chief Minister Pema Khandu and Assam Chief Minister Sarbananda Sonowal in the backdrop of picturesque mountain. Verma was welcome by Khandu as the festival took place in his home town. Verma had reached Tawang on Friday from Guwahati accompanied by Sonowal.

China has been staking claims on Arunachal Pradesh particularly Tawang that it contends to be southern Tibet. India has been disputing it. The Tawang visit of the US Ambassador to India is going to evoke strong statements from Beijing that has in the past as well has not shied away from objecting to the visits of foreign dignitaries to the town in the northeast.

The US Ambassador’s visit comes at a time when India China bilateral ties are at their lowest ebb, owing to Beijing obstructing New Delhi’s bid to enter NSG and coming to Pakistan’s defence on the issue of Terrorism. The US Ambassador will be joined by Minister of State Kiren Rijiju on Saturday for the inauguration of the festival. Rijiju tweeted his best wishes for the Ambassador in his message on Friday.

This indicates the official nature of the visit that has allowed India and the US to join hands to assert against China. Beijing is unlikely to let it pass as the visit, a first by a US Ambassador indicates the Washington’s recognition that Tawang is part of India.

This comes close on the heels of Chief Minister Khandu’s invitation to Dalai Lama for a visit to Tawang next year. In 2009 when Dalai Lama had visited the town with strong Buddhist traditions, China had objected strongly to it. In Tawang, Dalai Lama is akin to reincarnation of God and China does not enjoy goodwill for persecuting the holiest of all Lamas. China has however claimed rights on Tawang on the basis of Tibet’s historical control on it.