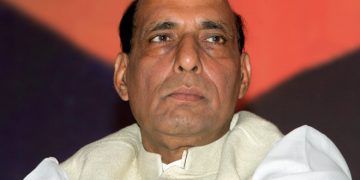 India OK with SAARC meeting in Islamabad, but says no to bilateral talks with Pakistan

India OK with SAARC meeting in Islamabad, but says no to bilateral talks with Pakistan 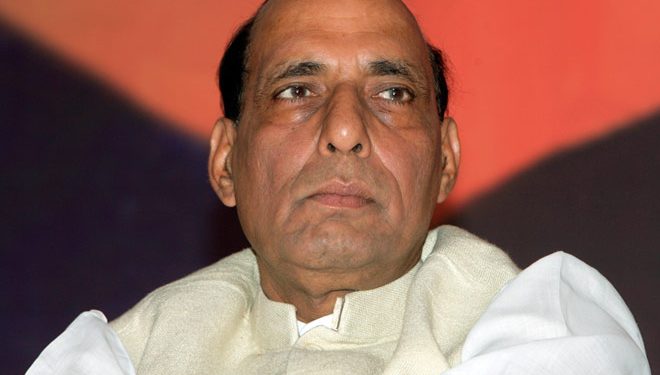 New Delhi, July 29 (NIA):  India on Thursday categorically ruled out bilateral talks with Pakistan even as Home Minister Rajnath Singh is scheduled to visit Islamabad in the first week of August to participate in the South Asian Association for Regional Cooperation (Saarc) ministerial meet, The New Indian Express reported.

The Indian Ministry of External Affairs said that not much should be read into the visit of Home Minister Rajnath Singh’s visit to Pakistan as it was a scheduled meet that is in accordance with the importance India attaches to the eight-nation grouping.

“We want peaceful relations with Pakistan. But talks can happen only in an environment without terror,” ministry spokesperson Vikas Swarup said, adding that the only purpose of the visit to “participate in the multilateral event”.

Press Trust of India reported from Islamabad that Pakistan on Thursday asked India to hold an impartial plebiscite (referendum) in Kashmir under UN supervision.

In New Delhi on Thursday, Congress party president Sonia Gandhi expressed “anguish” over the loss of 50 lives in Kashmir and urged people to “shun the path of confrontation and embrace peace.”

The Congress president made the statement during a meeting with Jammu and Kashmir Pradesh Congress Committee chief, G A Mir, who had called on her at her residence in Delhi.

Meanwhile, The Hindustan Times reported that a suspected Pakistani terrorist has been arrested in Kashmir. The arrest, which took place on Tuesday, was described by the Indian government as a “big terror catch.”

The suspect, Bahadur Ali, had crossed over to India to attack security forces and fuel more unrest in the valley, counter-terror officials said on Thursday.

According to the National Investigation Agency (NIA), Bahadur Ali was arrested following an encounter with security forces in Kupwara district. Four other terrorists were gunned down, the agency added.

The terror suspect was on a fidayeen or suicide mission in Kashmir which has witnessed a wave of violence after security forces gunned down Burhan Wani, a poster boy of the militant Hizbul Mujahideen in the valley.

The Indian Minister of State for Home,  Kiren Rijiju, termed Ali a “big terror catch” and hinted at using his confession to nail Pakistan.

A counter-terror official said the suspect was trained by the Pakistan-based Lashkar-e-Taiba (LeT) at its Baitul camp.

Ali was drawn to Jehadi ideology at a young age. He stopped studying after class four,” an agency official said. Ali’s journey to terror was not very different from Mohammad Naveed Yakub, a 22-year-old from Pakistan’s Faisalabad city who joined LeT at a young age after getting indoctrinated at a local mosque.

Naveed was arrested on August 5 last year after he, along with another suicide attacker, tried to attack a BSF bus in Udhampur area of Jammu and Kashmir. Since Naveed, Bahadur Ali is the fourth Pakistan terror suspect to be captured alive in Kashmir.

Mehbooba’s Excuse For Death of Wani

As Jammu and Kashmir remained tense even on the 20th day of the killing of 22-year-old Hizbul Mujahideen commander Burhan Wani, Kashmir Chief Minister Mehbooba Mufti said the security forces were unaware of the militant’s presence in the south Kashmir hideout where they killed him and two others in the July 8 encounter.

Mehbooba said that the 22 year old poster boy of Kashmir militancy would have been spared had the forces known he was among the militants hiding there.

“How do we know about an encounter? What can I say? I believe that had they known he was there, he would have been given one chance as the situation was fast improving in the state,” she said, adding her government didn’t get enough time to make arrangements to contain the post-encounter situation.

“When Afzal Guru was hanged in 2013, then chief minister Omar Abdullah knew about it and made all the arrangements beforehand…But, despite that, we tried to impose curfew so that children do not come out,” Mehbooba said.

Wani’s killing in the Kokernag area of Anantnag district sparked a firestorm of protests in the state. During the 20 days of clashes between youths and security men, 51 people, including two policemen, were killed while over 3,000 civilians and 2,000 others were injured. Over 500 civilians have been hit by pellets fired by security men and many have lost their eyesight.

Meanwhile, on the 20 th. day of the complete shut down in Kashmir on Thursday, 20 people were injured in fresh clashes with the Indian security forces, the Srinagar-based daily Greater Kashmir reported.

In day-long clashes across Kashmir, more than 40 youth sustained tear-gas shell and pellet injuries. The district authorities had lifted restrictions from old Srinagar areas while deployment of forces was also very thin.  But, youth in small groups, placed rocks and logs on roads to prevent movement of forces’ vehicles.

In the afternoon, a massive protest march was taken out from interiors of Nowhatta area. When it reached Bohri Kadal, police and paramilitary forces intercepted it and lobbed dozens of tear-gas shells to disperse the protestors.

The protesting youth retaliated with bricks and stones, triggering massive clashes that spread to other areas including Rajouri Kadal, Saraf Kadal, Pandan, Nowhatta and Kawdara.

Clashes also took place in Khanyar and Rainawari areas in which some youth were also injured. Witnesses said another procession from old Srinagar managed to reach near Barbarshah and tried to march towards Lal Chowk, but police and paramilitary forces stopped it. Forces fired dozens of teargas shells and pellets at the protestors near Barbarshah Bridge in which four youth sustained injuries.

Clashes between youth and forces took place on 90-feet Road at Soura, Brein Nishat, Hawal, Alamgaribazar, Nowshehra, and Kathidarwaza while pro-freedom slogans were reverberating from masjids in areas including Lal Bazar, Soura and Nowshera.

Protests also erupted in Safakadal, Cement Bridge, Qamarwari and Noorbagh areas in the afternoon.  Clashes between youth and forces were going on till late evening.

The police action however evoked strong resentment by locals and youth hit the streets and staged pro-freedom demonstrations. Police resorted to massive tear-gas and pellet firing to disperse the protestors and in the ensuing police action, four youth sustained injuries.

A few youth have already been detained in Batamlaoo by police on charges of stone-pelting. A torch procession was taken out in Nowgam area of uptown Srinagar late in the evening while clashes took place in Natipora, Chanapora, Barzulla and Rambagh areas.

Meanwhile, female folk from Mughal Mohalla and other areas of Chattabal took out a procession against what they called atrocities by police. They alleged that during nocturnal raids, police not only harassed and thrashed them but also dragged youth from houses and lodged them in police stations.

In South Kashmir dozens sustained injuries, most of them due to pellets, in fierce clashes between protesters and youth, even as curfew continued to be in place. Two youth were injured when they jumped into river Jhelum after being chased by forces near Sangam Anantnag.

The forces lobbed teargas shells and chased the youth after which two of them—in order to avoid the forces’ wrath—jumped into river Jhelum, witnesses said.

The duo was later rescued in an injured condition and shifted to SDH Bijbehara. One of the critically-injured has been referred to Srinagar hospital while the other is undergoing treatment at the SDH itself, a doctor said.

In Shopian town, restrictions remained in place. However, people came out and held massive pro-freedom demonstrations. Hundreds of youth, riding bikes and waving Pakistani flags, held a rally throughout the town, witnesses said. A Pakistani flag was later hoisted at Gole Chowk, they said.

After evening prayers, every mosque in Islamabad town and other South Kashmir areas reverberated with pro-freedom slogans while Taranas were also being played.

Massive protests were reported from various parts of Pulwama in the evening. Witnesses said protestors attacked a CRPF camp at Haal area where forces retaliated with pellets and tear-gas shells in which 10 youth sustained pellet injuries, one of them critical.

An elderly man identified as Ali Muhammad Dar of Haal was allegedly beaten to pulp by forces. “I was not part of the protest, and yet they beat me. My foot got fractured,” he told Greater Kashmir over phone. A medico at District Hospital Pulwama said they received 15 victims with pellets.  Two of them had serious eye injuries and were referred to Srinagar, he said. Witnesses said protestors also attacked CRPF camp at Tahab and in retaliation at least 10 people got injured.

In statement issued on Thursday  the Kashmiri resistance leadership said that on July 30,  people should hold sit-in on roads and offer Asr and Magrib prayers together, People should also raise pro-freedom slogans and observe blackout from 8 pm to 9 pm.