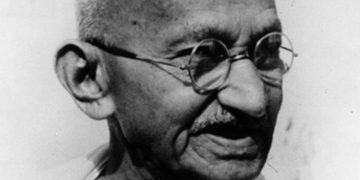 Why India cannot be a Hindu Pakistan

Why India cannot be a Hindu Pakistan Mahatma Gandhi was opposed to the creation of Pakistan but once it was established, he wanted friendly relations with it.

In the Europe of the 18th and 19th centuries, people of a particular territory were brought together (sometimes forcibly) to constitute a nation. Most often, the basis for unity was a common language and a common enemy. Thus, to be French meant you spoke French and hated the English. To be English meant that you spoke English and hated the French.

Sometimes, a dominant religion became a third key pillar of national identity. Hence Protestants were regarded as more authentically English than Catholics. In France, on the other hand, Catholics were privileged and Protestants persecuted. Likewise, to be a good Pole meant you spoke Polish, were Catholic, detested Jews (even or especially if these were born and raised in Poland), and disliked either Russia or Germany, depending on which was posing a greater threat to Poland’s national existence.

In its conception Pakistan was a perfect European nation. Language and religion were both key to the constitution of Jinnah’s nation. And so was a common enemy. To be truly and properly Pakistani meant that you spoke Urdu, were a Muslim, and hated India.

Mahatma Gandhi, on the other hand, refused to define Indian-ness in terms of either religion or language. Although Hindus were a majority, India was not constituted as a Hindu country. Muslims and Christians and Sikhs and Parsis were given rights of equal citizenship. Although a plurality of Indians spoke Hindi, if one preferred to speak, write, or be taught in another language that was entirely acceptable too.

Gandhi knew that the nation could be brought together and held together only on the basis of pluralism and diversity. He was right. For it was the imposition of Urdu on East Pakistan that led to the creation of Bangladesh. It was the denial of equal status to Tamil and Tamils that led to a bloody civil war in Sri Lanka. Unlike its neighbours, India encouraged and promoted linguistic diversity, and was the luckier for it.

Remarkably, Gandhi refused even to demonize the nation which ruled India. He detested imperialism, yet recognized that individual officers and proconsuls were often honorable men. He thought the British had many virtues (tolerance, moderation and punctuality among them) that Indians would do well to adopt. He repeatedly said that once the British departed and India became free, the two countries would forge friendly relations (as they indeed have done).

This insistence on a nationalism that was positive rather than adversarial extended to Gandhi’s views on Pakistan. He opposed Pakistan’s invasion of Kashmir, but refused to let this lead him into a spirit of vengeance. He insisted that the Government of India transfer the money it owed to the Government of Pakistan. Had he not been murdered in January 1948, he would have continued his peace mission across the border, in West Punjab and in Sind.

Where Gandhi’s model of nationalism was innovative and original, other Indian thinkers and organizations were more derivative in their approach. Even before Jinnah’s Muslim League had pledged itself to a Muslim Pakistan, VD Savarkar and his Hindu Mahasabha had demanded a Hindu India. Since they had seen European nations consolidate themselves on the basis of a shared language, some Indian politicians wanted us to do likewise. Among the most fervent proponents of imposing Hindi on all of India were the conservative MS Golwalkar and the socialist Rammanohar Lohia. Finally, since many Pakistanis hated India and Indians, some ideologues wished us to return this hatred, preferably in an intensified form.

Since the nation was born, 69 years ago this week, Hindutva and Hindi ideologues have sought to unite citizens on the basis of a common religion, a common language, and a common enemy. Fortunately, this project has been resisted for as long. Secularists, pluralists, atheists, and plain old-fashioned democrats have come together to thwart the Hindutva agenda of fusing faith with state. Hindi chauvinists have been opposed with equal vigor, especially in South India.

And although their stoking of the conflict in Kashmir and the four wars they have fought against us have not endeared Pakistan to India, most Indians have not equated national pride with the hatred of Pakistan or Pakistanis.

The Republic of India has failed many of its citizens, by not providing them decent education and health care, or by not protecting them from violence and discrimination. On the other hand, its record of regular and freely contested multi-party elections is unparalleled for a country of its size and complexity. Its commitment to, and more or less successful fulfillment of linguistic pluralism is similarly unequalled.

Its record on religious pluralism is more mixed; even so, that in a neighborhood so dominated by Islamic fundamentalism we are not yet a ‘Hindu Rashtra’ must be reckoned a modest achievement.

The Republic of India is still a work in progress. It may yet forget or deny its original, plural and tolerant model of nationalism, and instead adopt the more aggressive, adversarial and homogenizing model of nationalism first invented in Europe and later taken further in countries such as Pakistan and Sri Lanka.

Indeed, with the BJP in power, the RSS in the ascendant, and the airwaves dominated by channels whose TRPs depend on stoking jingoism, there is an increasing tendency to submit ordinary Indians to a series of coercive loyalty tests.

This must be rejected. For to be a good or patriotic Indian one does not have to be a Hindu by birth, religious practice, or cultural affiliation. One does not need to know or speak Hindi, either. And one does not even have to hate Pakistan.

Historian Ramachandra Guha is the author of  India after Gandhi.