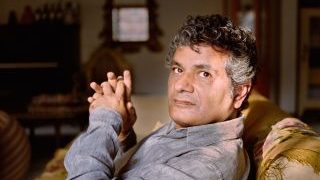 Once, in a TV studio near Delhi almost eight years ago, I tried to stop a war between India and Pakistan and left thinking: Let them fight. It’s never a good idea to join a TV debate when those two are on the brink of yet another war.

I was visiting Delhi just after the 2008 Mumbai terrorist attacks, and my publisher persuaded me to accept an invitation to discuss Indo-Pak relations. I was the only Pakistani among the half dozen panelists, mostly Indian ex-generals and defense experts, all apparently trying to start and win a war with outrageous sound bites.

As the panelists made their case, a map flashed on a studio screen, and crude animated Indian missiles blew up one Pakistani city after another. The panelists called these cities targets. There was a live poll during the program. It asked viewers a simple question: Should India carry out targeted strikes in Pakistan? Suddenly, it was my duty to convince millions of Indians that attacking my country wasn’t such a good idea.

I was scared, but I tried. I mumbled something about the fact that the cities being annihilated on the show’s virtual map were not terrorist training camps but regular places with ordinary folk. Yes, there were terrorists in Pakistan, but I didn’t have their addresses. I pleaded peace. For the first time I realized how some words, like some countries, are stronger than others. The phrases my co-panelists were using — surgical strikes, hot pursuit, psy-ops, befitting reply — had power, immediacy, significance. They sounded like calls to action — like jumping in a raging sea to save your baby from drowning, like rushing with a bucket of water toward a house on fire.

The words coming out of my mouth — peace, dialogue, shared humanity — seemed like excuses for doing nothing. I sounded like a procrastinating writer. But with more than 160 people dead in Mumbai, the threat of war was real. So I tried harder. I said: Maybe, to honor the dead, we should have a moment of silence, or at least we could try to be a bit quieter. That suggestion must have seemed laughable. Why waste precious airtime on mourning or remembrance when we could have war talk, blow up some more cities on a map on a screen? By the time the debate ended, more than 90 percent of the audience had given a go-ahead for strikes.

Last month, India and Pakistan were again on the brink of a war after an Indian cantonment in Kashmir came under attack. India claimed the attackers were terrorists based in Pakistan. It also claimed that it responded by carrying out strikes in the part of Kashmir controlled by Pakistan. Pakistan said that was a lie, and there was nothing more than routine crossfire along the Line of Control.

Meanwhile, a full-fledged war broke out in TV studios. Fedayeen attacks, surgical strikes and befitting replies were flying on the air. At least one TV presenter wandered around mock maps in a mock war room. When they couldn’t get an actual war, the anchors opened a front on peaceniks in their own ranks. On both sides pundits were shouting, in effect, “How can you talk like this when we are at war?” Only we weren’t at war. It’s just that being a peacenik has become unfashionable.

Pakistani peace-mongers used to look at India with some envy — all that diversity, all those gods. And then an army that is answerable to an elected government. Now they look at India aghast: Their potential partners in peace across the border are beginning to sound like the bigots back home. India is becoming more like Pakistan.

In India, a leading TV channel dropped an interview with a former home minister because he apparently had second-guessed the army. “Our Army cannot be doubted or questioned or used for political gains,” NDTV announced in its new editorial policy. It was depressingly familiar.

In Pakistan, the leading journalist Cyril Almeida was being hounded for reporting for the newspaper Dawn that the civilian government had asked the military to rein in jihadist groups or Pakistan will face international isolation. His article mentioned Hafiz Muhammad Saeed, one of the main accused in the Mumbai attacks that almost started the other Indo-Pak war. Pakistan’s prime minister and the top army brass went into a huddle and declared the report a fabrication and a threat to national security. Mr. Almeida was temporarily barred from leaving Pakistan while Mr. Saeed roams the country promising to wreak havoc on India.

Most reports on Indo-Pak tensions remind us that the two countries have gone to war over Kashmir three times. What they fail to mention is that all these wars achieved was to obliterate the aspirations of Kashmiri people. In the din of conflict, the first voice to be silenced is theirs. In the current noise hardly any one notices that since July some 1000 Kashmiri have sustained eye injuries because Indian forces are firing at them with pellet guns.

Saner pundits say: Nothing much more will happen; it’s all bluster; India and Pakistan would not go to war again because both have nuclear weapons. I hope they are right, but I am reminded of the massacres during Partition in 1947, when we didn’t have bombs and had few automatic guns. With knives and rods we managed to kill more than a million people. We didn’t have Twitter to ignite the violence; we managed to do it by word of mouth, through pamphlets and rumors that said, let’s kill them before they kill us. Now those rumors are in our living rooms, accompanied by animated maps.

Peace doesn’t make good TV. Dialogue is not an exciting visual. The history of Kashmir doesn’t fit into 140 characters. While peaceniks on both sides of the border search for a new vocabulary, we need a few moments of quiet mourning.

Pakistani writer Mohammed Hanif is the author of the novels “A Case of Exploding Mangoes” and “Our Lady of Alice Bhatti,” and the librettist for the opera “Bhutto.”