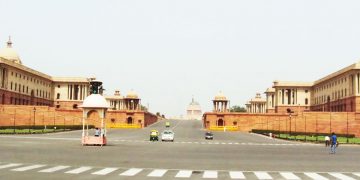 New Delhi, February 20 (newsin.asia): India on Tuesday asked the Maldivian government to end the State of Emergency, restore all rights, and abide the Supreme Court’s February 1 orders on the release of nine political detainees and the re-instatement of 12 unseated MPs.

“After the revocation of the emergency, democratic institutions including the judiciary should be allowed to function independently and in a fair and transparent manner in accordance with the Constitution.”

“The order issued by the Supreme Court of Maldives on February 1 2018 should be implemented in letter and spirit.”

“It is important that Maldives quickly returns to the path of democracy and the rule of law so that the aspirations of Maldivian people are met and the concerns of the international community are assuaged.”