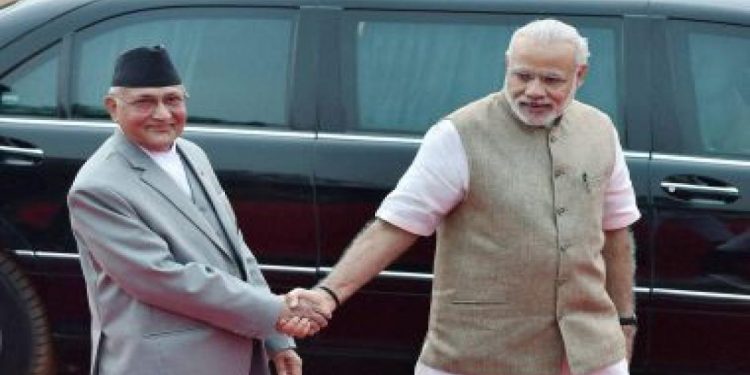 Kathmandu, September 10 (PTI): India and Nepal on Tuesday inaugurated the first-ever cross-border petroleum pipeline in South Asia that will help the landlocked Himalayan nation meet its energy demands and substantially reduce the cost of fuel transportation.

The over 60 km-long Motihari-Amlekhgunj oil pipeline was jointly inaugurated by Prime Minister Narendra Modi and his Nepalese counterpart K.P. Sharma Oli via a video link. The pipeline has been constructed with Indian assistance of Rs 324 crore.

While inaugurating the project, Prime Minister Oli said that the pipeline was a big achievement for Nepal. “We (India and Nepal) have similar visions of development, prosperity and happiness of our peoples, backed up by solid political commitment and strong determination to realise them,” he said. Oli also said that Modi’s campaign ‘Sabkaa Saath Sabkaa Vikas, Sabkaa Vishwas’ and his vision for ‘Happy Nepal, Prosperous Nepali’ capture the “essence of our commitment, determination, and efforts to transform the development landscape of our respective countries.”

Government officials in Nepal said that the pipeline will now be used to supply diesel from Bihar’s Motihari city in the first phase. The government has made necessary arrangement for the Nepal Army to provide security to the pipeline on their side of the border.

Currently, tankers carry petroleum products from India to Nepal as part of an arrangement which is in place since 1973.