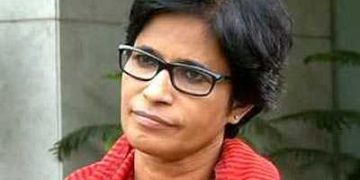 Are India and Afghanistan turning a new leaf in their relations?

Are India and Afghanistan turning a new leaf in their relations? 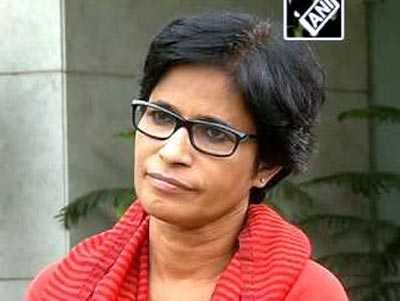 New Delhi, September 16 (NIA): After Ashraf Ghani assumed office as President of Afghanistan in 2014, the Indian Strategic community felt that India had lost its leverage in shaping strategic outcomes in Afghanistan.

Ghani was seen as a person who was in a hurry to appease Pakistan, wanting to reverse Afghanistan’s relations with Pakistan which had reached the  lowest point during President Karzai’s regime.

Soon after taking over as President, Ghani froze the request for military aid placed by Kabul, and allowed training of Afghanistan troops in Pakistan.

Ghani’s decisions were welcomed in Pakistan as a strategic shift that would put New Delhi in a disadvantageous position. Though many in India were  disappointed by such actions, the Indian government remained engaged with Afghanistan and completed some projects like the construction  of the Afghanistan Parliament building and the Salma dam which were significant bilateral initiatives.

Meanwhile, President Ghani’s sincere efforts to build bridges with Pakistan to buy peace in Afghanistan and his expectation about resolving the Afghan imbroglio by bringing Taliban to the negotiating table with the help of Pakistan, faded. President Ghani had completely depended on Pakistan to bring the Taliban to the negotiating table in the quadrilateral dialogue in which US and China also participated. But he did not succeed because Pakistan played a duplicitous role and kept Mullah Omar’s death a secret.

Moreover, Pakistan was reluctant to take action against the Haqqani network that was responsible for the majority of attacks in Afghanistan. Rather, attacks on Afghan security forces increased and there was no sign of Taliban exhibiting any willingness to talk.

As Afghanistan felt betrayed by Pakistan due to its continuous support to Taliban, Ghani is now trying to revive good relations with India and reinvigorate the strategic partnership.

While India-Pakistan relationship has deteriorated; Afghan-India relationship is moving towards a more constructive engagement that is geared to ensuring stability in Afghanistan.

During Ghani’ two-day visit to New Delhi this week, the two countries signed three agreements pertaining to extradition; peaceful uses of outer space and cooperation; and civil and commercial matters.

Yet, the visit is seen as being essentially strategic rather than economic. The two countries intend to explore new possibilities in building an enduring security relationship. The visit is more to revive ties and explore close defence cooperation.

India, which in the past had been cognizant of Pakistan’s sensitivity regarding New Delhi’s relations with Kabul, may not display the same attitude this time.

The BJP government has been more open about foreign policy choices. Given the present equation with Pakistan, it is unlikely to be sensitive to Pakistan’s concerns regarding Afghanistan’s close relations with India.

It needs to be reiterated that India was the first country to sign a Strategic Partnership agreement with Kabul in 2011. Yet, if one looks at security cooperation between the two countries, there was nothing spectacular that New Delhi could boast of except the delivery of some transport helicopters in 2013. Kabul’s request for more lethal weapons to fight the Taliban insurgency was cold shouldered by Delhi which was trying to improve its relations with Islamabad.

Interestingly, Delhi asked Kabul to purchase the said weapons from Russia and agreed to pick up the bill. This was the offer that Ghani had cancelled after he was elected.

In August this year, the Afghan Army Chief General Karimi, during his visit to India, requested India to provide Mi-25 as well as Mi-35 attack helicopters, tanks, artillery. These are some of the requests that are under consideration in New Delhi now. Around 600-700 Afghan Army officers train in India.

India’s economic presence, its involvement in infrastructure projects, training of Afghan bureaucrats; provision of scholarships, the largest that India provides to any country, are highly appreciated in Afghanistan.

India’s contribution to the Afghan military’s capacity building would go a long way to help the Afghan Army take charge of the country’s security.

A young Afghan scholar once said: “To the people of Afghanistan, Pakistan sends suicide bombers while India sends doctors. ” This encapsulates the general perception in Afghanistan about the contrasting roles that Pakistan and India have played in Afghanistan.

But Pakistan has ignored this threat, because Pakistan knows that Afghanistan is dependent on Pakistani ports for its international trade. It also knows that without Pakistan’s help, there can be no peace in Afghanistan.

In the past few years, Afghanistan is developing trade linkages with its Central Asian neighbours. A significant outlet to Afghanistan’s trade with the outside world is going to be the Chahbahar port, which India is building in Iran. There is a trilateral agreement between Iran, India and Afghanistan to build a transport-and-trade corridor through Afghanistan.

Afghanistan, which projects itself as transit hub, is slowly trying to reduce its overwhelming dependence on Pakistan.

Given the emerging security situation, India and Afghanistan are keen to collaborate in fighting cross border terrorism. Both countries are victims of Pakistan-sponsored terrorism.

It is in India’s interest to strengthen the capacity of the Afghan security forces to prevent that country from emerging as a safe haven for terrorists and radical elements – a return of Taliban – from where a global jihad can be launched.

No other country realises the consequences of such a scenario more than India. Ghani’s visit and his realisation that it is India which is a genuine partner with a stake in Afghanistan’s stability, provides a context for India to turn a new leaf in bilateral relations by moving away from a purely economic relationship to a truly strategic partnership.

Smruti S Pattanaik Ph.D, is a  Research Fellow at the Institute of  Defense Studies and Analyses in New Delhi