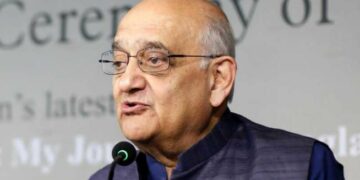 How viable is the Bangladesh, Bhutan, India, Nepal Initiative (BBIN) without China?

How viable is the Bangladesh, Bhutan, India, Nepal Initiative (BBIN) without China? This article is an excerpt from Bangladeshi economist and freedom fighter Professor Rehman Sobhan’s speech at the “Bay Of Bengal Economic Dialogue 2021” organized by the South Asian Network. Courtesy: Foreign Policy/South Asian Monitor

Trade alliances have to be built upon the structure and density of economic relationships between Alliance partner members. This is the central element of a successful alliance. New or more contemporary alliances involving countries already plugged into dense trade networks have much more limited prospects for prospering.

The concluding observation of this would be that Bangladesh, Bhutan, India and Nepal (BBIN) initiative has a future only if China can be involved in this process. Based on the premise that every single member of the BBIN initiative’s principal trading partner today – in terms of aggregations of import, export and accessing capital inflows – is China.

Within the Asian region itself there are a number of trading arrangements and economic cooperation arrangements – apart from within the South Asian region where you have SARC, BBIN – you now have the Bay of Bengal initiative, and beyond that there is ASEAN, ASEAN plus three, Asia Pacific Trade Agreement (APTA) and most recently the Regional Comprehensive Economic Partnership for East Asia with 15 countries, which has China, Japan, Republic of Korea, Australia, Japan and of course, all the ASEAN countries.

These are all relevant; over and above this, we have a variety of bilateral FTAs operating. Sri Lanka itself has two FTAs – one with Pakistan and the other one with India.

Bangladesh has recently been given duty free access to the Indian market. It is not part of an FTA agreement. So, these are relevant variables, which are in fact actually driving our economic relationships at the multilateral level.

Now, as far as the earliest initiatives were concerned, South Asian countries were really at the centre of the early initiatives, work was already being done using gravity models to assess the positive benefits arising out of regional cooperation in South Asia.

I remember a meeting with the trade and industry minister of Malaysia, a lady by the name of Rafidah Aziz. Aziz was quite contemptuous of South Asian countries, saying that all they do is talk, and they have no capacity for action. Malaysia was then the new emerging Tiger countries, the next stage in the flying geese model. But of course, the Asian crisis brought them down to earth. And Thailand, at that point, began looking eastwards to see the new growth opportunities.

You have to keep in mind that it wasn’t only at that time, Thailand, which was reaching out to South Asia.

It was also China. And the inception of the BCIM (Bangladesh, China, India and Myanmar) around 1998-1999, in which we were invited to the foundation meeting in Kunming, to address this. Again, when I had initiated work, which ended in my book Rediscovering the Southern Silk Route: Integrating Asia’s Transport Infrastructure, I had travelled to Kunming at that time, this would be around 1998.

I found that the Chinese would be already looking into the Bay of Bengal as the new opportunity for transforming the fortunes of Yunnan which was a south-western province of China, and one of its most backward regions. The expectation was that it was really through the Bay of Bengal, and through accessing into South Asia, that the fortunes of Yunnan Province would be changed compared to the coastal regions on the Pacific coast of China.

So, that was the dynamic of the initiative. Of course, Yunnan was also involved in a number of other trading arrangements initiated by the Asian Development Bank which was connecting them with the ASEAN countries. So these processes acquired their own dynamic. Now, let me bring you to the crux then, of my lecture.

What we have to essentially keep in mind is the new realities which have really emerged in the Asian region. And the driving dynamic of that reality is the rise of Asia.

Asia is now (and has been for the last decade or more) the fastest growing region in the world. And it is projected to be now the dominant region in the world, if not, in the course of the next two decades by the middle of the 21st century. This dynamic originates not from accidental commodity booms, but originates from the competitiveness of the Asian economies, which means that they have become globally more competitive than other regions. And that these factors, in fact, are then self-sustaining processes, it isn’t that they will go away, they will become increasingly more competitive.

And secondly, they have become the main sources of capital surpluses in the global economy. The foreign exchange reserves of the Asian economies, including Japan and West Asia, now have gone for about close to 70% of global reserves. They account for close to about 70% of global sovereign wealth funds. And they account for about 60% to 65% of US Treasury bill holdings today for underwriting the US trade in budget deficit.

So, these are now very powerful players in the global economy. And of course, at the centre of this, it is China. Now, the consequential implication of this is that, when you look at the latest alliance, the comprehensive economic partnership for East Asia, this is far and away the most powerful economic alliance in the world today, even more powerful than the European Union.

Now, what is much more significant about this particular partnership is that—it is built around the density of economic linkages – which have really been built up over the last two decades. Now, what do we mean by the density of economic linkages? I asked some of my colleagues at CPD to prepare me a set of tables on the trading relationships, imports and exports of South Asian and East and Southeast Asian countries.

And what do I find over here?

I find quite remarkably, that if you look at the total trade volumes, then for virtually every single country, except perhaps for the Philippines, the largest trading partner is in fact China.

In case of imports, it is certainly the largest partner of virtually every single country. I think that India-US figure is more or less equal, I don’t know; India has not given its numbers for the 2020. I would imagine that the Chinese share would have gone up in that.

As far as exports are concerned, of course, a number of South Asian countries have been the principal trading partner of the United States and, and the European Union. But of course, if you add in the import, then this changes.

The smaller South Asian countries, Sri Lanka, Pakistan, Bangladesh, our principal export is finished goods in the way of readymade garments and leather products. Now what the significance of adding in these imports tells us is that certainly it is dependent on networks of intermediate and capital goods imports from other countries in order to deliver the finished goods over there.

Now, if you look at the import trading, import patterns of all the South Asian countries, you will see that the principal trading partner happens to be China. And of course, a number of other South East and Southeast Asian countries export of finished goods to the United States and European Union are also carrying a whole bunch of embedded products produced in China.

This is the new reality that our trading partnerships are built on our own production capabilities, but are heavily contingent on the way in which we have actually built our trading links over here.