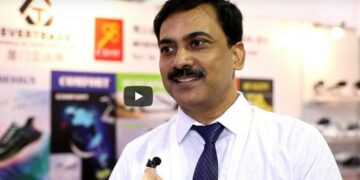 How a budding Indian industrialist made it in China

How a budding Indian industrialist made it in China XIAMEN, September 9 (Xinhua): Global investors have expressed their optimism on the long-term opportunities in the Chinese market at the 21st China International Fair for Investment & Trade (CIFIT), which opened Wednesday in Xiamen, east China’s Fujian Province, and aims to promote investment and economic recovery worldwide amid the lingering pandemic.

With over 5,000 companies from nearly 100 countries and regions flocking to the fair, the four-day event includes more than 30 conferences and seminars. They will discuss hot topics in domestic and foreign investment, such as Belt and Road construction, digital and green economies, and carbon neutrality.

Covering an area of more than 100,000 square meters and with strict anti-epidemic measures in place, the fair has attracted more than 50,000 business people online and offline.

Niren Anand, from the city of Darbhanga, in Bihar, India, established his own company Xiamen Ever Trade Import and Export Co., Ltd. in China in 2011. Three years later, he started his factory in the city of Jinjiang, Fujian Province, designing and manufacturing products for big names such as Lotto and Fila, raking in over 10 million U.S. dollars in 2020.

Ever Trade is one of the 10 Indian businesses seeking opportunities at this year’s CIFIT. Atul Dalakoti, executive director of the Federation of Indian Chambers of Commerce and Industry in China, said many foreign companies and organizations attended the fair despite COVID-19, which shows that China holds strong appeal to investors from the whole world.

China has become a “safe haven” for global capital in a year of turmoil caused by the pandemic, as foreign investors continued to seek long-term and stable opportunities in the country.

The COVID-19 crisis caused a dramatic fall in foreign direct investment (FDI) in 2020, which dropped by 35 percent to 1 trillion U.S. dollars, according to the World Investment Report 2021 published by the United Nations Conference on Trade and Development.

However, FDI growth in China continued in 2020, increasing by 6 percent to 149 billion U.S. dollars, reflecting, to a degree, success in containing the pandemic and the rapid recovery, said the report.

According to a report released earlier this year by the American Chamber of Commerce in South China, most of the companies surveyed reported positive overall returns on investment (ROI) in China, which were higher than their global ROI.

Anand invested 10 million U.S. dollars in a new factory in India, which will start operation this December and is expected to produce two million pairs of shoes each year.

“We are also planning to expand our business in China by starting our own brand by the end of this year,” said Anand. “Actually our target is to produce 20 million shoes every year in the next 10 years.”

China is quite a fantastic country in terms of business opportunities, as the country has overcome the challenges of COVID-19, and China’s GDP keeps growing against the backdrop of the pandemic crisis, he added.

“We have been in China for a long time, and we have a lot of support from the Chinese government,” he said. “I feel there is a future in this country,” Anand said.

A majority of companies remain optimistic about the business outlook in China, a remarkable increase compared to data from 2016 to 2019. In particular, American companies see a brighter prospect for China’s market growth, the survey found.

Matthew Margulies, vice president of China Operations of the U.S.-China Business Council, told Xinhua during the fair that American businesses have a very long-term view in China and are not looking at short-term bilateral tensions and challenges.

Margulies said 94 percent of their members, or the majority of American companies in China, are here to access the local market, and they are not using China as an export platform back to the U.S.

“Companies are still optimistic about the opportunities that exist here,” he said.

“There are talks about pulling out of China,” Zhou Liang, Partner of Government and Public Service, EY China, told Xinhua, adding that the survey conducted by the consulting firm on about 120 multinationals that operate in China suggested otherwise.

“I’ve also seen similar surveys published by U.S. and Japanese Chambers of Commerce, and they have all led to more or less similar conclusions,” Zhou said. “Despite geopolitical tensions, entrepreneurs vote with their feet, meaning most tend to stay put or even boost their presence in China.”

On the one hand, economic regionalization calls forth businesses to reach as close as possible to the market; on the other, multinationals value the talent pool, the integral industrial structure of the Chinese market, among its other appeals, Zhou explained.

While the pandemic is reshaping the global economy, the Chinese market is providing an uncertain world with a large number of investment opportunities, especially in some emerging sectors, including the digital economy and carbon neutrality.

“I’d say China is such a diverse and large economy. There are really many opportunities across sectors,” Margulies said.

The Chinese government aims to peak carbon dioxide emissions by 2030 and achieve carbon neutrality by 2060. The realization of this goal can further improve the country’s electrification level, said Zhao.

“Its impact on our industry is profound and we will take responsibility for providing good products and solutions to the market,” Zhao added.

That sentiment was echoed by Margulies: “Carbon capture utilization and storage is definitely an area where a lot of U.S. companies are looking to developing cooperation projects with provinces and enterprises of China, and this gets to traditional energy production, petro-chemical plants. So there are a lot of ways to cooperate on carbon capture technologies; that’s an area lots of companies see potential in China.”

According to the World Investment Report 2021, after a severe contraction in GDP at the height of the pandemic, China reported 18.3 percent GDP growth in the first quarter of 2021. FDI flows in the same period surged 44 percent to 45 billion U.S. dollars. FDI in the high-tech, manufacturing and services industries is expected to remain strong, said the report.