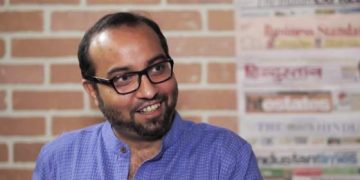 The hollowness of India’s claim about high growth

The hollowness of India’s claim about high growth

India’s just-released GDP figures show it’s still the world’s fastest-growing large economy. Over the past decade or so, those numbers have swooped and stuttered — from the boom years of the mid-2000s, when easy money and roaring demand pushed growth up to nearly double digits, to the hard stop at the time of the 2008 financial crisis, to the dramatic, stimulus-driven recovery immediately after and finally the inexorable decline, every quarter, once the stimulus ran out of steam.

India now looks to be on an even keel. Its macroeconomic numbers are strong and growth appears solid, if slightly slower than hoped.

India’s government — led by Prime Minister Narendra Modi himself — has reiterated this message over and over again.

What officials won’t say is that the quality of India’s growth is very poor indeed. Look a little more closely, and the economy doesn’t seem anything like the good news story the government has been telling the world.

In fact, today’s growth levels appear completely unsustainable. They’re driven by the government’s mistaken belief that it can ramp up its own spending to make up for a private sector that isn’t yet optimistic enough to invest. Indeed, over the past two years, India’s growth has come to depend dangerously on an overstretched state.

GDP grew in the first quarter of this financial year (India’s financial year begins on April 1) by 7.1 percent over the equivalent quarter last year. That was slower than the previous quarter’s growth rate — 7.8 percent — but still impressive enough given sluggishness elsewhere in the world. Value added by private sector manufacturing grew almost 12 percent between April and June and the flagship information technology sector grew at 9.6 percent. So far, so good.

But robust demand isn’t what’s fueling this growth. Another indicator the government puts out – the Index of Industrial Production (IIP), a series that measures actual physical output — is in fact shrinking: Between April and June 2016, the IIP was 0.7 percent lower than it was the previous year.

Other indicators of real economic activity also look weak. Steel consumption grew only 0.3 percent, for example. Perhaps most worrying is data about how much freight Indian Railways is moving around: Rail freight was down almost 9 percent from last year, when measured in kilometer-tons. In other words, while the balance sheets of Indian companies still look good, they simply don’t seem to be producing or trading as much.

The government seems to assume that public spending can pick up the slack, with the share of government expenditure in GDP rising. That’s a dangerous trend, however, conflicting with the government’s promise to reduce its fiscal deficit to 3 percent of GDP in a couple of years. Growth that depends on public spending is in any case of the poorest quality, unsustainable in the long run. It looks less like the high growth of the 2000s and more like the brief, government-fueled boom after the financial crisis.

Even the Modi government admits that sustainable growth won’t return unless the private sector begins to invest. Its argument is that public investment is rising in tandem with overall government expenditure and this “good spending” will lead to more private investment. Yet investment in India is shrinking ever faster, by 1.9 percent in the months between January to March, and then by 3.1 percent in the three months after that.

So, when the government — or indeed multilateral institutions that should know better, such as the IMF — tout India as the one bright spot for global growth, investors should be asking a few hard questions. First and foremost, if things are so rosy, why aren’t India’s own businesses investing?

Why should foreign capital imagine that it will be able to get sustained returns out of India when domestic capital is sitting on its hands? If Indian companies can’t identify good projects with sustainable returns, how precisely will foreign companies be able to do so?

There are  some signs that growth might pick up in the coming months. For one, the monsoon has been better this year than last, and India’s rain-dependent agricultural sector might expand a bit, which in turn might help rural demand recover slightly. And urban demand will receive a boost from the government’s decision to give its employees a hefty pay hike.

But that, again, puts government expenditure at the center of India’s growth story. A growth miracle dependent on the weather and state spending isn’t much of a miracle at all.

Yes, India’s growth numbers may look bright. But they also reveal an economy that’s storing up serious trouble, with low demand and crashing investment propped up by government largesse. Seen this way, India doesn’t appear to be an exception to the gloomy emerging-markets story after all.