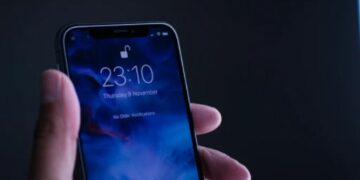 by Editor
in Around The World, Tech, World
Reading Time: 2 mins read
21 1 Oct 18 – There is a widely shared conspiracy theory that phone manufacturers deliberately slow down phones as they age to entice you to buy a new device. In reality, the opposite has been true. In the last few years, Apple’s iPhone software updates have made older phones faster, and Google’s Android 12 release, expected in coming weeks, was also designed to improve performance.

It is true that phones slow down over time – but for different reasons. Like a car, smartphones need maintenance to stay in tiptop shape. Here are some tips for what to do to give your phone a boost if it’s feeling sluggish.

Some manufacturers, like Apple, slow down phones when the battery is on the fritz to keep the device running longer. A simple remedy is to replace your battery through the company or at a local phone repair shop. Depending on the phone model and the repair shop, a battery replacement can cost between US$30 and US$80.

BE MINDFUL OF YOUR STORAGE

Many people don’t realise that just because your iPhone or Samsung phone has 64 or 128 gigabytes of storage doesn’t mean you should fill it all the way up. The device will run faster if more of its storage is available. So at least once a year, purge the apps, photos and files that you no longer use.

Over time, phones can feel slow and buggy because of software updates, tweaked system settings and so on. If the basic maintenance steps above don’t help, try backing up all your phone data and completely erasing all the data on the device. Then reinstall the operating system and restore your data from the backup. This can solve software problems that would otherwise be tough to diagnose.

This article originally appeared in The New York Times.