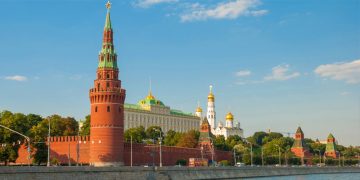 Moscow, February 28, (newsin.asia): Russia has expressed “grave concern” over the “escalating situation” along the Line of Control in Kashmir between India and Pakistan, and the “surge in tension” between the two countries “which are Russia’s friends”.

The Russian Information and Press Department said in a release on Thursday called upon both sides “to show restraint and redouble efforts to resolve existing problems by political and diplomatic means.”

“We are ready to continue support for strengthening the counter-terrorism capacity of New Delhi and Islamabad,” the statement added.