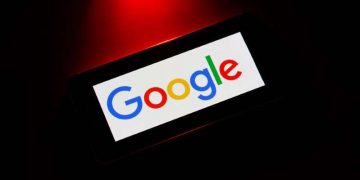 Google announces a new humming feature for your smartphone

Google announces a new humming feature for your smartphone October 18 (CNet) – It happens all the time — you get a song stuck in your head, try to hum it to friends and no one has a clue what you’re talking about. You continue thinking about it until you finally hear a snatch of it again — from a TV show, the radio or in a store. Now, Google has a new way to identify it for you. You can now hum, sing or whistle the tune into your phone.

The technology to match tones to a database of identified songs through singing, humming and whistling — instead of from lyrics alone — has existed for more than a decade, and was a staple in the music app SoundHound as far back as 2009.

To get started using Google’s new feature, grab your phone and open the latest version of the Google app or Google Search widget. Then, tap the microphone icon and say “what’s this song?” You can also tap the search a song button. Finally, start humming, singing or whistling the tune to get your results.

If you’re using Google Assistant, just say “Hey Google, what’s this song?” and then start humming the tune. Google will show you the most likely results based on the tune you hummed. You can select the song to listen to it and see if it’s the one that’s been stuck in your head.

Google announced the new feature on Thursday and has started rolling it out globally to iPhone and Android users. It’s currently available in English for iPhone users and in more than 20 languages on Android. Note that this new tool only works on mobile devices, so at this time, it won’t work on your Google Home or Nest speakers.