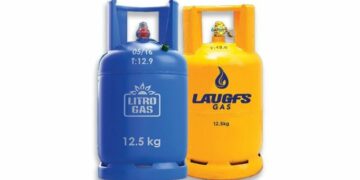 Colombo, December 7 (Counterpoint): Gas cylinders in Sri Lanka will have to comply with new guidelines. They will have to be quality assured and affixed with a special seal that is easily recognizable before it is given to the consumer, the government has said.

This is among some new guidelines provided by the presidential committee inquiring into the recent fires and explosions connected to gas cylinders.

The quality assessment will have to be carried out by the Sri Lanka Standards Institute (SLSI), Consumer Protection Authority, Industrial Technology Institute and the Sri Lanka Pratheethana Mandalaya.

In a statement released yesterday with findings and recommendations, the Committee said there had been 458 incidents all over the country between 1st January and 5th December this year which they had considered. As a part of their inquiry, they had inspected several places where the incidents happened including the main gas suppliers who had been called before them.

The Committee found that one reason for the explosions was because gas leaks were going undetected since no odour was emanating. They said that from the incidents reported, the use of low- grade regulators, tubes, hose clips and dilapidated gas cookers was the second reason.

They are carrying out a further scientific assessment to see if there is a link between the explosions and a change in the composition of the gas in the cylinder.

It had been agreed during discussions with gas suppliers that in future the requisite quantity of Ethyl Mercaptan, an additive which gives out an odour, will be included to alert consumers of a gas leak.   The Committee said this will do away with the need for consumers to use unsafe methods to check leaks.

The Committee had observed a reduction in the number of daily incidents after consumers had stopped using poor quality accessories and started using those of a right standard. They recommend the purchase of accessories that meet the quality of the SLSI and gas cookers from a trusted vendor.

They said they came to these conclusions after studying the composition and pressure of the gas that was imported to the country in the past two years.