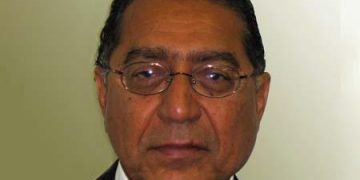 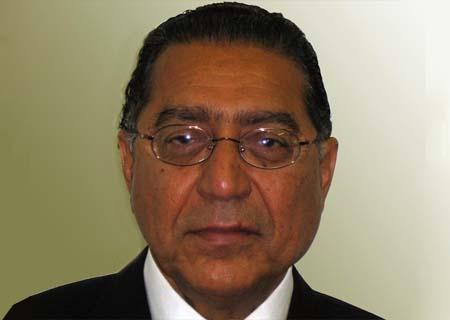 Islamabad, September 17 (NIA): In an article in the Pakistani daily Dawn retired Pakistani diplomat, Munir Akram, has said that Pakistan should change its approach to the Kashmir issue  taking into account the international ground realities.

The veteran diplomat asks Pakistan to abandon the idea of finding a solution to the Kashmir issue by talking to India or endorsing the activities of banned terror groups which have taken over the mantle of the Kashmir struggle making it distasteful internationally. Instead, Islamabad should extend political and moral support to those fighting for freedom in Kashmir and goes on to list what Pakistan can do in this respect.

He says: “After 9/11, and the attack on the Indian parliament, Pakistan was obliged, under heavy US pressure, to undertake not to allow its territory to be used by ‘terrorists’. As Islamabad’s support to the Kashmiri struggle ended, some ‘jihadist’ groups turned against Pakistan or went ‘rogue’. India now portrays any resistance in Kashmir as terrorism. Its powerful Western allies now accept this equation, enabling India to act with complete impunity in suppressing Kashmiri demands for azadi (freedom).”

“First, Pakistan should launch a major diplomatic offensive in international forums and the world’s capitals to halt India’s massive human rights violations in occupied Kashmir. Pakistan can call for: international investigations of India’s reported crimes, including the murder of Burhan Wani and blinding of unarmed children; the release of thousands of Kashmiri prisoners; the abrogation of India’s emergency laws; freedom for the Kashmiris to demonstrate peacefully; freedom for Kashmiri leaders to travel abroad and be released from imprisonment or house arrest; provision of medical and material assistance, including from Pakistan, to the suffering Kashmiris; withdrawal of Indian security forces from towns and villages into their cantonments and barracks; repatriation of all the refugees from India-held Kashmir, presently in Pakistan or elsewhere.”

“To be taken seriously, such demands would have to be translated into official proposals in the relevant international forums, such as the UN Human Rights Council and the General Assembly. Even if such proposals do not command majority support, they would draw world attention to the plight and aspirations of the Kashmiris and oblige Western governments and UN officials to press India to ease its oppression. More importantly, this will reinforce Kashmiri resistance.”

“Pakistan’s second objective should be to revalidate the legitimacy of the Kashmiri freedom struggle and distinguish this from ‘terrorism’. There is a substantial body of international law and precedent to establish the legitimacy of the Kashmiri freedom struggle. The right to self determination is a central principle enshrined in the UN Charter. It has been repeatedly reaffirmed as a right of colonised and ‘dependent’ peoples. The Security Council resolutions on Kashmir have called for a plebiscite to enable the Kashmiri people to exercise their right to self-determination.”

“Further, UN General Assembly Resolution 2649 ( 1970) ‘affirms the legitimacy of the struggle of peoples under colonial and alien domination recognised as being entitled to the right of self determination to restore to themselves that right by any means at their disposal’. It was explicitly recognized in UN debates that “any means at their disposal”, includes armed struggle. The resolution also ‘recognizes the right’ of such peoples “to seek and receive all kinds of moral and material assistance” in the ‘legitimate exercise of their right to self-determination’. It is not illegal for Pakistan or anyone else to support the freedom struggle of the Kashmiris.”

“Pakistan should clearly reaffirm this internationally endorsed legal and political position and assert the right to provide both moral and material support to the Kashmiris. At present, such material support could be in various forms: finance for rehabilitation of Kashmiri families uprooted by Indian security forces; help to the Hurriyet for political mobilisation; expenses for the travel of Kashmiri leaders and for Kashmiris seeking medical treatment abroad; scholarships for Kashmiri youth in Pakistani and other educational institutions. Pakistan’s clear and tangible support to the Kashmiri resistance will make it easier for the government to act against outlawed groups which have assumed the mantle of solidarity with the Kashmiri struggle.”

“Promoting the two objectives outlined here may not immediately change the current balance of power within Kashmir. However, the Kashmiris have displayed extraordinary courage and resilience over the past 70 years in resisting India’s occupation. Today, a third generation of Kashmiris has risen to confront Indian rule. With moral and material support from Pakistan, the Kashmiris can sustain this resistance. Ultimately, like so many other peoples under colonial and alien domination, the Kashmiris will succeed in winning their freedom.”

‘What Pakistan can do is to create the best conditions for the success of their struggle. This requires, for the present, active and bold diplomatic action by Pakistan; not talks with India. A Pakistan-India dialogue will be meaningful only when India comes to the conclusion that it cannot sustain its occupation of Kashmir — politically, militarily and morally.’