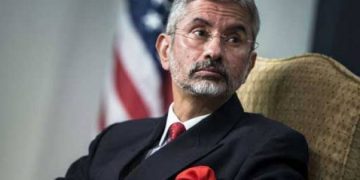 Earlier in the day, Chinese Foreign Minister Wang Yi confirmed in Beijing that Prime Minister Narendra Modi will hold a meeting with Chinese President Xi Jinping on April 27-28 in Wuhan city, ahead of Shanghai Cooperation Organization (SCO) summit in June.

In an exclusive interview to ANI, Jaishankar said, “It is (PM Modi and Xi Jinping informal Summit) certainly a very bold step. The fact that they have agreed on an informal summit shows that the two leaders realise the importance of this relationship. They have taken on the responsibility themselves on putting it on a better course.”

“And, I think this seems to be Chinese thinking as well that is why we have arrived at such an understanding,” Jaishankar observed.

When asked about the difference between earlier meetings and this upcoming meeting, the former foreign secretary said, “I think what is different about this particular summit would be that it is an informal summit so the meeting will be in a very informal and casual environment. The agenda would be open, they’ll spend lot of time over two days and there’ll be different kind of conversations, which would be much more personal and much more interactive in comparison with the formal meetings.”

He added that the upcoming informal meeting between Prime Minister Modi and Xi Jinping in a way actually shows a commitment of both the leaders to put their relationship on a much better footing.

Replying another question, the former foreign secretary said, “The whole purpose of an informal summit is the leaders decide what they want to discuss. So, I don’t think anybody can predict or should predict what they would discuss.”

When asked how Indians should view this meeting, Jaishankar said, “Indians should see it as a very sincere effort on the part of both countries and leaders to improve their relationships. It is in our national interest that it succeeds so good wishes over everybody should be there for the success of this summit.”

Replying a question that how the world would view this upcoming summit, Jaishankar, who is currently fellow, National University, Singapore, said in a place like Singapore there is a very strong sense that India, China relations should be a factor of stability.

He said good relations between India and China will benefit the world.

“When the world is going through a lot of uncertainty if India and China find a more productive relationship that would be very much to the benefit of the world. In fact, this was the thinking when last year Prime Minister Modi met Chinese President Xi Jinping in Astana. The message out of that meeting was India and China relations are a factor of stability in an uncertain world. Many countries, especially in Asia, would welcome this news of this informal summit as indeed in India,” Jaishankar said.