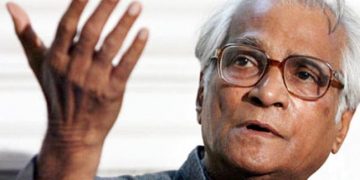 New Delhi, January 29 (NDTV): George Fernandes, a former Defence Minister of India, has died at 88. He had been unwell and bedridden over the past few years.

One of the most prominent leaders of the socialist movement in the 1970s, George Fernandes was a senior Janata Dal leader before he founded the Samata Party.

In June last year, Prime Minister Narendra Modi had wished him on his birthday and said in a tribute: “Generations of Indians will remain grateful to George Saheb for his historic role in preserving India’s democracy. A people’s person, he distinguished himself as a capable administrator.”

Mr Fernandes rose to prominence after his surprise victory in the 1967 parliamentary elections, over a Congress veteran in Mumbai.

During the 1975 Emergency imposed by the Indira Gandhi-led Congress government, Mr Fernandes was arrested for what was dubbed the “Baroda Dynamite Conspiracy” and jailed along with hundreds of other political activists. He contested the 1977 election from jail and won the Muzaffarpur constituency by a landslide.