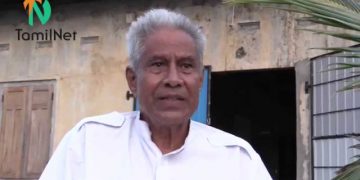 Formation of Siva Senai decried as reactionary and dangerous

Formation of Siva Senai decried as reactionary and dangerous Colombo, October 14 (NIA): The formation of a Hindu political group “Siva Senai” (Siva’s Army) is seen by moderates and liberals as being a reactionary and dangerous development which will end up  exacerbating communalism in Tamil politics and the politics of Sri Lanka as a whole.

It is feared that sooner rather than later, the Siva Senai will have to confront the Bodu Bala Sena (BBS), the Sinhalese-Buddhist radical outfit, on the issue of the construction of Buddha Viharas in Hindu Tamil areas and the erection of Buddha’s statues in the Tamil-majority areas. The BBS is a potent organization as its anti-Muslim actions had alienated the Muslims from the government of Mahinda Rajapaksa to such an extent that Muslims voted against Rajapaksa en-masse in the January 2015  Presidential election and defeated him. The Siva Senai could also confront Muslims in the Eastern Province where Tamil-Muslim relations are very fragile. Sri Lanka could well become a communal cauldron.

Columnist D.B.S.Jeyaraj sees the formation of the Siva Senai as an attempt to bring back an inter-religious division in Tamil politics which was there in the first three decades of post-independence Sri Lanka. Jeyaraj remembered that in the 1970 parliamentary election in Kankesanthurai, C.Suntharalingam, an orthodox Hindu, had challenged Samuel. James .V.Chelvanayakam, the Christian leader of the Ilankai Tamil Arasu Katchi (ITAK), by asking voters to choose between the “Siluvai” and  the “Soolam” – the Cross and Trishul. But the largely secular Tamils chose neither and voted for Chelvanayakam. the Christian leader of the secular Federal Party.

In the era of militancy, from 1983 to 2009, the secular Tamil Tigers did not allow religious affiliations to split the Tamils. In fact, the Catholics played a key role under in the LTTE as they did in the democratic phase of the Tamil movement earlier.

But the moment the over-arching control of the Tamil Tigers ceased, following their military defeat in May 2009, religious divisions began to appear as one of the instruments of political mobilization. Just as the re-eminence of Chelvanayakam was resented in the early days, the present day pre-eminence of M.Abraham Sumanthiran in the ITAK, is resented by a section of Hindu Tamils. Not surprisingly, the Siva Senai is targeting  Sumanthiran.

Parading a Hindu identity, which was not a part of Sri Lankan Tamil politics earlier, is no longer taboo. The Northern Province Chief Minister C.V.Wigneswaran wears all the hallmarks  of an orthodox Hindu and makes it a point to start his speeches with a Sanskrit sloka. He is also close to Hindu institutions in Sri Lanka and India. Interestingly, he has a running battle going on with M.Abraham Sumanthiran, whose pre-eminence in the ITAK he resents.

Economist and social activist Ahilan Kadirgamar says that a Seva Senai modeled after the militant Shiv Sena of Maharashtra “can become uncontrollable.” But Rajan Hoole ,who has chronicled human rights violations, believes that Siva Senai will fail just as previous attempts to infuse communalism failed. A comment on Facebook asked if the leaders of the Siva Senai know that the Indian Shiv Sena had opened its political innings by bashing up Tamils in Mumbai.

Some like Thirnavukkarasu Gopahan of the Green Trincomalee Movement, see India’ hand in the formation of Siva Senai.

“India is again trying to shape the politics of Tamil politics in North Sri Lanka” Gopahan said in a Facebook posting. The Siva Senai has made no secret of its intention to get funds from India primarily. One of the Senai’s founders, S.Yogeswaran MP, is close to the Vishwa Hindu Parishad.

“Our party is a Hindu party. We support the cause of Hindus all over the World. We support Siva Senai,” he said.

Maravanpulavu Sachithananthan, the Lead Organiser of ‘Siva Senai’, said that they had the support of Shiv Sena, Bharatiya Janata Party, Vishwa Hindu Parishad and the Rashtriya Swayamsewak Sangh.

Senai leader Sachithananthan told News18 that the organization would seek help from “like-minded” organisations in India.

“Conversion is the biggest problem for us. Hindus alone have no support in Sri Lanka. Siva Senai will fight for them with the support of like-minded organizations in India.”

Some political observers see the formation of Hindu organizations like the Siva  Senai as a bid by some Tamil political groups to use their Indian connections to further their political interests in Sri Lanka. Since the BJP and the Sangh Parivar are in power in India, they could be a valuable source of both funds and legitimacy.

The remnants of the Liberation Tigers of Tamil Eelam (LTTE), currently based in Europe, which are already supporting some persons who are part of the Tamil Peoples’ Council led by the Northern Province Chief Minister C.V.Wigneswaran, could lend a helping hand if only to oust the current moderate and pro-government leadership of the ITAK and the Tamil National Alliance (TNA).