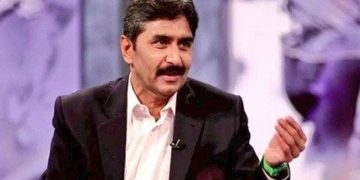 New Delhi, August 27 (The Indian Express): Even as Pakistan attempts to put pressure on India over the abrogation of special status for Jammu and Kashmir, former Pakistan cricketer Javed Miandad said that he will visit the Line of Control (LoC) with other sportspersons from the nation who were willing to join him. The former cricketer said that they will hoist a flag for peace at the LoC.

However, the Governor of Jammu and Kashmir, Satyapal Malik, responded saying that the state administration was not concerned about the march.

Miandad tweeted about his plan to hold a march to the Line of Control.

I’m with other legends of sports to be visiting Line of Control( LOC), to make my voice heard, bring greater awareness to the terrible situation in Kashmir and call for peace @UN charter. pic.twitter.com/zuRER8W2ll

“I will go to the border for peace. I will call all the top people, the sportspeople and everyone. I will go there and tell everyone about peace. I will go with a peace flag. If these things did not stop then I will go border with anyone who will join me and after going there I will tell people that we want peace and we are with Kashmiri people,” Miandad said in a video posted on his Twitter handle.

“I will take all the people from sports fraternity and all the people from all over the world, and I will go to the border and hoist a flag for peace. All the soldiers there will see how peaceful we are. I want India and Pakistan to end everything peaceful,” he said.

However, the Governor of Jammu and Kashmir, Satya Pal Malik told ANI, “We don’t care what he does. We know what we would do.”

“We will protect their identity, culture, jobs and their land. We won’t any harm come to them,” Malik said.

On Monday,  Pakistan Prime Minister Imran Khan reiterated Pakistan’s complete support to eight million Kashmiris in the “Indian Occupied” Jammu and Kashmir (IOJ&K) for their indigenous struggle for their fundamental rights and self-determination.

An APP report said that Imran observed that Modi had committed a “huge and historical blunder, providing a historic opportunity for Kashmiris to get freedom from the illegal Indian occupation.”

In his televised address to the nation, the prime minister said the whole Pakistani nation and its government would go to the last extent to support the oppressed Kashmiris.

“We will go to every extent … will stand with the Kashmiris till the last breath,” he said, adding “I ask every Pakistani to come out of their homes, offices, workplaces every week for half an hour and on the upcoming Friday from 1200 hours to 1230 hours, to express solidarity with the people of Indian Occupied Kashmir.”

He again warned that if India resorted to aggression, it would have far-reaching impacts on the entire world as the both countries possessed nuclear arms. He said Pakistan’s Kashmir policy was at a decisive point and he had apprised the world leaders about the plight of the 8 million Kashmiri people in the IOJ&K.