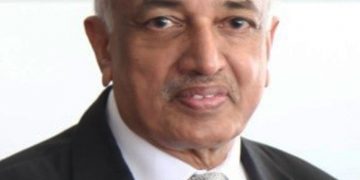 Colombo, July 26 (NIA): The Sri Lankan Minister of International Trade, Malik Samarawickrama told the media on Tuesday that the proposed Economic and  Technical Cooperation Agreement (ETCA) with India will  not throw open the flood gates to Indian professionals.

“The government will not allow foreign professionals to enter Sri Lanka and take our jobs. Those who say that under ETCA even barbers will come from India are politically bankrupt people,” Samarawickrama said.

Minister of Local Government, Faizer Musthapha, explained that foreign professionals will be allowed in select cases to fill gaps and skills, and that such entries are allowed even now under the existing Board of Investment (BOI) rules.

“One need not to enter into agreements with other countries to enable us to secure the services of foreign experts. Provision for that exists under the existing system .We have had this facility since BOI was established in 1978,” Musthapha said.

Will Ask India To Remove Quota For Garments

Asked why government is going for a new agreement (ETCA) with India, when the India-Sri Lanka Free Trade Agreement (SLFTA) has many issues to be sorted like the Non Tariff Barriers (NTBs) in India, Trade Minister Samarawickrama said that in the forthcoming talks with India “priority” will be given to sorting  out issues relating to NTBs.

“We will also ask for the total abolition of the quota for garments and the enhancement of the quota for tea. India allows only 8 million pieces of apparel per year. This is too small. Among other issues to be addressed are testing procedures and non-recognition of Sri Lankan standards,” the Minster said.