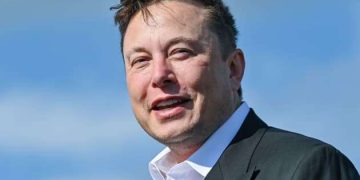 by Editor
in Around The World, World
Reading Time: 3 mins read
15 0 Oct 31 (CBS News) – Elon Musk’s net worth has surpassed $300 billion, making him the first person on the planet to reach that milestone. It also means the Tesla chief executive is worth tens of billions more than the second-richest person on earth, Amazon.com founder Jeff Bezos.

Musk was worth $302 billion as of Thursday, according to the Bloomberg Billionaires Index. That’s an increase of almost $10 billion from the previous day, thanks to a jump in Tesla shares on Thursday.

To give Musk’s wealth some perspective, consider that it is greater than the annual GDP of nations such as Finland, Chile and Vietnam — and exceeds the market value of Netflix and PayPal, a company that he co-founded. The surge in Musk’s assets comes as lawmakers are considering a billionaires tax that would take a bite out of the wealth of the nation’s roughly 700 billionaires.

READ: Elon Musk’s fortune soars $36 billion in one day; Find out how

Under the plan, tradable assets — such as Tesla’s stock — in a billionaire’s portfolio would be valued annually. If those assets gained in value, the billionaire would pay a tax on that gain, even if they haven’t sold the asset. Under current law, a gain is only taxed if it is “realized” when its owner sells the asset and makes a profit.

However, the future of the billionaires tax is uncertain, given that it wasn’t included in President Joe Biden’s framework for the domestic policy package released Thursday. Even so, that deal among Congressional Democrats isn’t final.

Not surprisingly, Musk and other billionaires are voicing their displeasure with the proposed tax.

Musk would be liable for perhaps a one-time $50 billion tax hit under the Democratic proposal. Forget it, he said on Twitter.

“My plan,” the SpaceX founder tweeted Thursday about his fortune, “is to use the money to get humanity to Mars and preserve the light of consciousness.”

Other billionaires are also voicing their anger at the idea. John Catsimatidis, the billionaire grocery chain and real estate magnate who owns Gristedes, condemned the proposal as something you would “expect Putin to do,” referring to President Vladimir Putin of Russia.

Leon Cooperman, the outspoken billionaire investor who has long denounced Senator Elizabeth Warren’s separate proposal for a wealth tax, has added his voice to the exasperation coming from some of the uber-wealthy.

In an interview with The Daily Beast, Cooperman said of the tax, “I doubt it’s legal, and it’s stupid.”

Below are the 10 richest people in the world, according to the Bloomberg Billionaires Index.