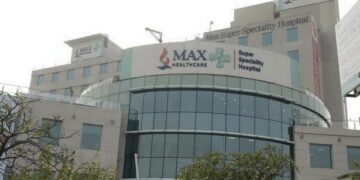 New Delhi, May 1 (Indian Express): A 35-year-old resident doctor at Max Hospital, Saket, in Delhi, committed suicide by hanging himself from the ceiling fan of his house in South Delhi’s Malviya Nagar area apparently because he could not bear to see so many of his COVID-9 patients dying despite his best efforts to save them.

The deceased was identified as Dr. Vivek Rai, a married man.

According to the police, a PCR call was received at Malviya Nagar Police Station at 11.16 pm on 30th April, wherein it was mentioned that the husband of a friend of the lady caller isn’t opening the door. After receiving the information ASI Jagdish Kumar reached the spot and found the doctor hanging from the ceiling fan with a saree.

“A Crime team was called at the spot and the scene was inspected. A thorough search of the room was made and a suicide notice was found wherein no allegations were made against anybody by the deceased,” said DCP South Atul Kumar Thakur.

DCP said, “From preliminary investigation, a suicide note was addressed to his family and friends in which the deceased has wished all his known persons well. No reason for suicide has been mentioned. Further probe is ongoing.”

Meanwhile, former president of Indian Medical Association (IMA) Ravi Wankhedkar alleged that the doctor was doing Covid duty and was dealing with ICU patients daily and was providing Cardiopulmonary resuscitation (CPR) and Advanced Cardiac Life Support (ACLS) to around seven to eight patients daily in which he could not save many lives. He was frustrated watching people die, despite his best efforts and he took a difficult decision by ending his own life.”